What to do if you or a loved one was injured in a rear-end collision in Atlanta?

Many people who have been in a low-speed auto accident, such as a parking lot fender bender, don’t suffer a serious injury and may not need to hire a lawyer. If the damage isn’t significant and you get better in a few days, then you might be able to handle your claim on your own.

But if you were seriously injured, have questions about the process or don’t trust the insurance company, we can help you.

With a growing population and increasingly congested roadways, it’s not surprising that rear-end collisions are a daily occurrence in the Atlanta metro area. In fact, fender benders are the most common type of collision of all time. Sooner or later, every American driver will be involved in an auto accident (according to the statistics), so odds are that you’ll experience a rear-end collision in your lifetime.

It’s vital that you understand what to do, what to expect and what your rights are when a rear-end crash happens to you.

If you or a loved one was recently involved in a rear-end collision, don’t make the mistake of ignoring your pain or thinking you can handle everything on your own. Rear-end collision injuries can be extremely serious — physically, emotionally and financially. Meet with an experienced and knowledgeable professional who can explain your next best steps and give your case the attention it deserves.

Contact us to schedule your face-to-face FREE consultation with one of our experienced Atlanta car accident lawyers. We’ve helped many crash victims get through this difficult period and secure financial recovery. Let us help you, too.

“…Every week, I experience a client who’s dealing with the worst time that they’ve ever had to experience. They’re injured. They can’t pay their medical expenses. They don’t know when they’re going to be able to work again.”

“…I always like the underdog. I always like representing the little guy. I don’t want to represent the corporation or the insurance company.”

“…We like to have a personal relation with our clients…because that helps us be better lawyers…and serve their interests.”

Why hire an Atlanta rear-end collision lawyer at Scholle Law

Here at Scholle Law, we’ve seen our fair share of rear-end collision cases in the Atlanta area. For example, attorney Charles Scholle represented a local sheriff who was hit hard from behind in his truck. After the crash, he began experiencing neck pain and believed he’d suffered a whiplash injury. When the insurance company offered him a small settlement amount of approximately $2,500, he nearly took it.

When he came to us for a second opinion, we advised him not to accept the settlement until he knew the full extent of his injuries. Upon receiving an MRI, doctors discovered that he had a herniated disk in his neck, which ultimately required spinal surgery. Had he settled for $2,500, he would have been forced to pay for much of his treatment out of his own pocket. Instead, with our help, we secured him a substantial settlement of over 6 figures.

As one of Atlanta’s most experienced personal injury law firms, we’ve recovered millions of dollars for our clients in personal injury verdicts and settlements for over 20 years, including rear-end collisions and fatal crashes.
Following your crash, we’ll help you navigate the complex and nuanced legal process by providing the following services:

Your first consultation with our Atlanta rear end collision lawyers is 100% free — no cost, no commitment. During this initial meeting, we’ll listen to you, answer your questions and evaluate your case to determine your best legal options. If you decide to hire us to represent you, you only pay for our services when we win your case. If we don’t win, you don’t pay. It’s that simple.

We serve clients throughout Metro Atlanta and the state of Georgia.
Have questions? Get answers from an injury attorney near you.
Free Consultation

While there are many possible factors that can contribute to a rear-end collision, here are the most common causes of fender benders in Atlanta:

All crashes, collisions and accidents have the potential for causing catastrophic and even fatal injuries. While deaths caused by rear-end collisions are rare, it is common for crash victims to experience the following injuries:

“The driver of a motor vehicle shall not follow another vehicle more closely than is reasonable and prudent, having due regard for the speed of such vehicles and the traffic upon and the condition of the highway.”

Simply put, this law means that you, the driver, should never follow a vehicle too closely. Rather, you should leave an appropriate amount of space between your vehicle and all other vehicles based on the conditions of the road and the speed at which all vehicles are going. Even if the driver in front of you is forced to slam on their brakes or perform an emergency maneuver, you should have enough time to come to a stop or veer out of the way to avoid a collision. For this reason, in most rear-end collision cases, the following vehicle who hits into the leading vehicle is considered to be responsible.

Georgia also follows a theory of negligence known as a modified comparative fault. This means that the person who is suing for damages (the plaintiff) can still file a claim and recover damages even if they are partially at-fault for the collision. However, they have to be less than 50 percent liable for the accident. If they are more than 50 percent responsible, then they are unable to file an injury claim.

For example, let’s say that Driver A slams on their brakes to avoid hitting a deer that is crossing the road. Driver B isn’t paying attention and hits into the back of Driver A. Driver B suffers severe neck injuries in the wreck, and so they decide to sue Driver A. The court finds that Driver B was 90 percent responsible for the rear-end collision since they were distracted and failed to stop in time to avoid the crash; therefore, Driver B will not be able to recover for their injuries since they were more than 50 percent liable. Driver A, however, could sue Driver B if they sustained any serious injuries or damages.

What is a rear-end collision?

A rear-end collision is a crash between 2 or more vehicles that occurs when 1 car collides with the vehicle in front of it. Rear-end crashes are also commonly referred to as “fender benders” or “shunts” (in the U.K.).

Who pays in a rear-end collision?

It depends on who was at fault for the crash. Georgia is an at-fault state, which means that the person who caused the accident is responsible for paying for the victim’s damages. In a rear-end car accident, the following driver who crashed into the back of the leading vehicle is typically presumed liable for the crash since Georgia law requires drivers to leave ample space when driving behind another vehicle.

Is the person who hit into the lead vehicle automatically at fault in a rear-end car accident?

How long do I have to file a rear-end collision injury claim?

For most auto accidents in Georgia, the deadline for filing an injury claim — known as the “statute of limitations” — is 2 years from the date of the accident. That said, there are some exceptions that can shorten this deadline such as if you’re involved in a collision with a government vehicle or if a teen driver is involved. It’s vital you contact our Atlanta rear end collision lawyers as soon as possible so that we have more time to build a strong case on your behalf.

What should I do after a rear-end collision?

Immediately following a crash, you should first and foremost check to see if anyone is injured (including yourself). If so, dial 911 and answer their questions. If not, you should still call local police and wait for them to arrive at the scene.

While you wait for police to arrive, gather as much information as possible by taking pictures of the accident scene and writing down the names and contact information of witnesses. Exchange your name, license number and insurance information with the other driver, but try to avoid talking to them as much as possible. Keep the conversation short and cordial. Never apologize.

Once police arrive, answer their questions and wait until they say you can leave. Then, notify your insurance company that you were involved in a crash as soon as possible.

Even if you don’t think you were hurt, see your doctor as soon as possible and tell them you were involved in a car accident. They’ll do a thorough checkup to make sure you didn’t suffer any unseen injuries. Some injuries, like whiplash and soft tissue damage, might not show symptoms for several hours or even days. Only your doctor can give you a clean bill of health.

Last but not least, contact a rear-end collision attorney near you if you suffered serious injuries or property damage. If you were too injured to gather evidence or help file a police report, our accident scene investigators will secure the documents and evidence we need to help reconstruct the collision. 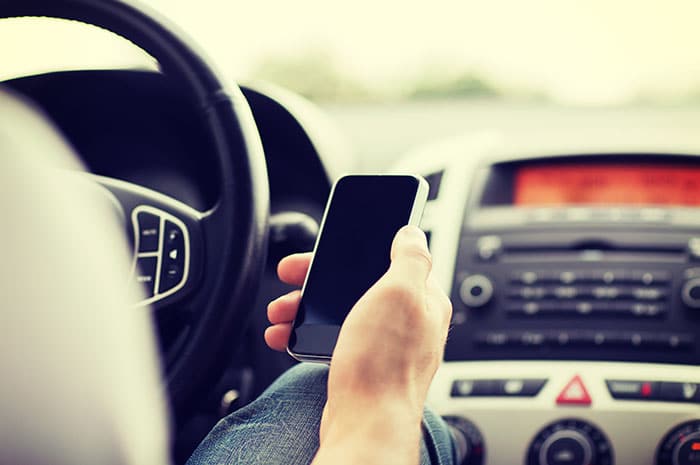 Uninsured motorists
Dedicated to Excellence, Committed to Results
I needed a good lawyer to represent me
The damages and the medical bills from the accident were too high…It was a very difficult case…I was very happy with the outcome of the settlement. The quality of Charles’ service was wonderful.”
John R. – Serious injuries from a car accident