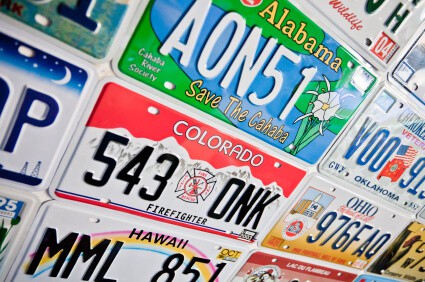 This morning we read with interest in George Mathias’ blog “News to Me” that it is legal to flash headlights in Georgia. Why does this matter to drivers? The local tradition around here is that we flash other drivers to warn them of “speed traps.” This tradition now has some Constitutional law support from a Missouri federal judge. First, let me say that warning of a speed trap is one thing, but speeding is another. As a personal injury trial lawyer in Georgia, I am a complete proponent of abiding by the law and I also am a proponent of helping our neighbors. But drivers who are cited for driving over the speed limit might be less likely to speed again and also might avoid causing injury or death on our roads. So that is a good thing for public safety. Its good to slow down, but not good when you are slowing down only because law enforcement is present.

According to the Huffington Post, a Missouri federal judge has recently upheld this warning practice (for the time being) under the First Amendment to the United States Constitution. Having now performed a thorough investigation into this matter, I have concluded that if this is newsworthy for the Huffington Post, the Wall Street Journal and our own blogger at the AJC, it is newsworthy indeed. So let’s dig deeper.

Why does the federal court rule that it might well be permissible under the First Amendment to use one’s vehicle headlights to warn of speed traps? Many things are protected under our freedom of speech besides using words. Other ways of communicating are also protected, including signs, giving to political candidates to a certain level and using our headlights.

In his ruling on this issue, the Judge has ordered the local police in Ellisville, Missouri to stop issuing tickets for providing headlight flashing warnings to other drivers. This is the American way. We test legal issues that matter to us, and apparently this issue really mattered to the man who received a ticket for this practice. He pled not guilty to his moving violation and when the city decided not to continue to prosecute him, he said otherwise and went forward to prove his point.

When a federal judge issues a preliminary injunction that gets the attention of the Wall Street Journal’s legal blogger, Jacob Gershman, the nation pays attention. Or do they? Apparently they do because Americans warning other motorists to slow down or run the risk of ticketing is national news and it has a positive side to it … and besides, this well could be protected speech. Americans like to know that we can speak our minds, whether it be to indicate “watch your speed” or any number of other things that are peculiarly American. The city has stopped issuing citations for this practice and the police are not enforcing the ordinance that prohibits flashing lights in this manner, but still it is a victory the bloggers say.

If you need assistance because you have been injured by a speeding driver or otherwise, please contact me at any time for a free consultation on your legal rights. My work is to ensure that no matter how much difficulty you are going through, your legal rights will be protected in the event that others are responsible for your injuries.