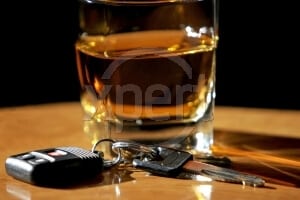 A recent Gwinnett County car crash may well have been the result of excessive speed and alcohol use. This often-deadly combination is part of the investigation currently under way after a tragedy occurred in Buford. The crash occurred in the early morning hours, which is statistically a more dangerous time to mix driving, drinking and speed. The first reports of the crash are that two men were fatally injured as they traveled together. As their vehicle approached an intersection, the man who was driving did not stop at a stop sign at the intersection of the Buford Highway. Unfortunately and tragically, a second vehicle was driving on the Buford Highway approaching that same intersection at the same time. The second vehicle was unable to stop in time to avoid hitting the car in which the men were traveling. Although the facts are not clear yet, it is possible that the second vehicle was driving faster than the speed limit and there may have been alcohol involved. The two adults and two children in that vehicle sustained injuries that were reportedly not life threatening. The two men lost their lives.

It is not reported whether the driver of the vehicle that hit the men’s car will be charged with any crimes. There are currently no facts that would indicate the specific charges that might flow from this tragic crash. Possibly excessive speed could be charged, as well as Georgia’s homicide by vehicle laws in some degree might be under consideration by authorities. It is not clear whether the suspected alcohol involved the fatally injured driver or the driver who hit the vehicle in which the two men travelled.

What we do know is that the likelihood of a fatal accident at 2 in the morning is actually statistically higher than at other times of the day or night. The Insurance Institute for Highway Safety (IIHS) gathers statistics on many aspects of road travel. One area of study has been determining the most dangerous hours to drive. Although motor vehicle fatalities occur most often between the hours of 5 p.m. and 7 p.m., perhaps because there are more drivers on the roads at that time, the early morning hours are actually the most dangerous times to be on the roads. This is because from midnight to 4 in the morning, even though there are fewer vehicles are on the roads, the actual percentage of fatal injuries is higher in proportion to the total number of vehicles traveling during those hours.

After an accident involving serious injury or death, victims and their families are overwhelmed and need guidance and care. At Scholle Law we provide free consultations to those who have been injured and their families. In the painful circumstances in which injuries are fatal and loved ones of the victim or victims are dealing with grief, they simply cannot manage the legal issues that result from tragic fatal crashes. That is why we are here to support families through the process of evaluation and tenacious pursuit of legal rights against those who have been catastrophically or fatally in a motor vehicle.