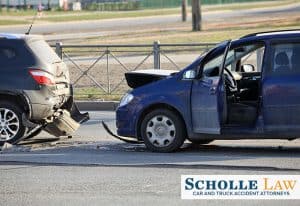 Despite all state and local efforts to make roadways safer, car accidents are still a major cause of death and hospitalization in Georgia. Even in Duluth, which is about 45 minutes northeast of Atlanta, we have our fair share of injury accidents related to automobiles. Let’s take a closer look at the numbers to learn more about how often these car accidents occur, rates of injury and death, and what you can do if you are involved in an injury accident.

To give some context around Duluth car accident statistics, let’s start by looking at motor vehicle accidents in Georgia to see how Duluth compares. Here are some key figures to consider.

As the most populous region of Georgia, the Atlanta Metropolitan Area accounts for a significant percentage of car accidents. Here’s a quick look at the numbers:

Where does Duluth, GA fall regarding the car crash statistics for Georgia and Metro Atlanta?

How Do Duluth Car Accident Trends Compare to Atlanta, the state, or the National Average?

While the actual numbers of car accidents in Duluth are understandably lower than those of Metro Atlanta or the State of Georgia, don’t let them give you a false sense of security. When you compare the difference in population (23,000 in Duluth versus 6 million in Greater Atlanta), the rate of car accidents per capita is about the same. So is the rate of injury.

That being said, there is some good news for the state overall. According to the Governor’s Office of Highway Safety, traffic fatalities are trending downward in Georgia—down 2.3 percent in 2018 compared to the year before. This trend is comparable to the national average, which saw a drop in fatalities by 2.4 percent in 2018. Compared to these rates, Duluth is considerably below both the state and national averages regarding car accident fatalities, with no fatalities reported in 2018 and only one in 2019.

When it comes to the cause of accidents, Duluth car accident statistics roughly parallel those of the rest of the country. Let’s look at some of the most common reasons for automobile accidents in Duluth.

Despite strict new laws like the Hands-Free Georgia Act attempting to curb the use of mobile devices while driving, distracted driving remains the leading cause of car accidents in Georgia, along with the rest of the country.

Driving over the posted speed limit is an epidemic in Georgia, and it causes an excessive number of car accidents in Duluth.

Georgia’s fatality rate due to drunk driving accidents runs slightly below the national average. However, drunk driving still accounts for nearly one-fourth of all traffic-related deaths in the state.

Disregarding the rules of the road—including swerving, running red lights and stop signs, unsafe lane changes, etc.—is still a major cause for car accidents in our area.

You might not think rain would be a cause of car accidents, but it definitely can be—especially in the first 15 minutes of a rainstorm, which releases the oils in the road and causes them to be slick. Heavy rain can also lower visibility and cause tires to hydroplane. Fog is also a contributor to accidents, and while rare in these parts, ice and snow can also make roads extremely unsafe.

How Many Car Accidents in Georgia Involve Uninsured Motorists?

Approximately 12.2 percent of motorists in Georgia are uninsured—even though state law requires all drivers to carry at least a minimum amount of liability insurance. While this percentage is less than the national average of 12.4 percent of uninsured motorists, it still poses a problem if someone is injured in an accident. In addition, there is no requirement in Georgia to carry uninsured motorist insurance, so many accident injury victims have a more difficult time obtaining a settlement if the other driver was uninsured.

What can I do if I am injured in a car accident in Duluth?

The average person is involved in a car accident 3-4 times during their lifetime, according to insurance company data. Duluth car accident statistics tend to confirm those odds. In many cases, car accidents are caused by negligence, whether it is another driver, a manufacturer’s defective part, etc. If you are suffering from an injury from an automobile crash, chances are you are eligible to receive compensation for your injuries.  Our experienced team of Duluth car accident lawyers can help you get the full settlement you need and deserve.