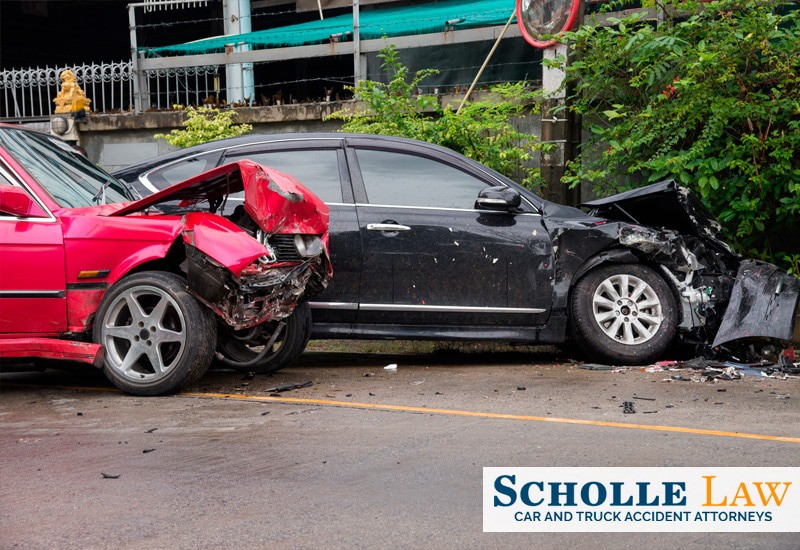 Head-on collisions are among the most devastating and violent accidents that occur on the highways. The best statistic regarding head-on collisions is that they are rare, as the National Highway Transportation Safety Board reported in 2013 that only 2 percent of all accidents are head-on impacts.

However, even one of these horrific crashes at a low rate of speed can produce very serious injuries and possible fatalities. In addition, they can prove to be difficult when damage claims are filed and the accident is processed in the court system.

This is especially true in a state like Georgia that does not use the pure comparative negligence law. Having an experienced and effective Georgia accident attorney is vital for a full and fair outcome to your injury claim.

While every accident case is unique, there are several common causes of head-on accidents:

The worst case scenario in a head-on collision will obviously include fatalities, but there are certain injuries that are consistent with many accident cases:

All accident settlements in Georgia hinge on fault. Head-on collisions can be particularly problematic when both parties perish or are seriously injured beyond the point of being able to communicate. Sometimes there are witnesses, but sometimes not. This scenario relies on accident reconstruction specialists to determine what actually occurred and under what conditions the accident happened.

The problem is that the vehicle moving forward more than likely will have the right of way unless they have run a red light or a stop sign. Details matter in all accident cases, and especially in head-on collisions. Having an experienced accident attorney conducting a thorough investigation into the collision on behalf of their client is often where the details are found.

One of the worst possible scenarios involving a head-on collision is when both drivers in a 2-car crash are equally at fault. According to Georgia’s modified comparative fault law, anyone who is found 50 percent (or more) responsible for their own injuries cannot sue the other driver. This presents a terrible situation in 2-car head-on collisions when both drivers are equally at fault.

Injured passengers still have standing for an insurance claim, but drivers may not be able to file a personal injury lawsuit if the court determines it is a 50-50 collision case. This is the area of an accident claim where a Georgia accident attorney at Scholle Law will work diligently in representing you and your family by organizing an in-depth investigation to look for potential liable parties, such as defective automotive parts manufacturers. In cases where one party is largely responsible for causing the accident, the other party will have any claim discounted by their personal comparative negligence percentage, as established by the court.

Should you file a car accident injury claim?

Personal injury claims involving head-on accidents are the same as other cases, but the severity of injuries is often more extensive. General damage claims for pain and suffering are available, as well as recovery for medical bills, lost wages and expenses associated with meeting appointments for treatment of accident injuries.

Vehicle owners may also be reimbursed for physical property loss. There are several factors that can impact the value of your personal injury claim, and an experienced accident attorney at Scholle Law can craft the best possible case for maximum settlement.

Wrongful death claims for the surviving family could also be available following a fatal head-on collision, but the elements of the claim are different from other personal injury cases. Surviving spouses, dependent children or others (depending on the decedent for financial support) could be granted financial compensation for the loss of their loved one. Parents of minor children can be reimbursed as well when a child is the victim.

Punitive damages could also be awarded when the at-fault driver demonstrated gross negligence in causing the head-on collision, such as being intoxicated at the time of the crash.

It‘s NEVER a good idea to try to handle a head-on collision accident case without experienced and effective legal counsel. Such catastrophic accident cases can be wrought with legal technicalities, and your claim could be much more valuable than the victimized parties realize. Georgia residents should always call Scholle Law for comprehensive and aggressive legal representation.