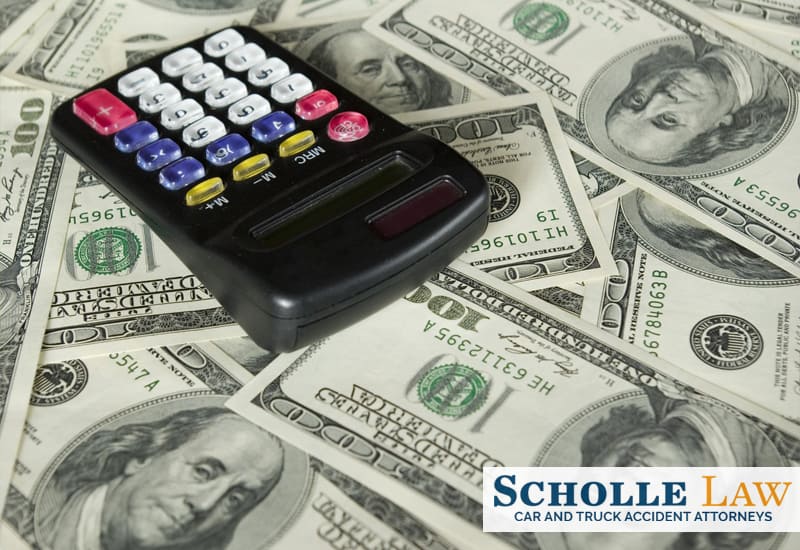 In the aftermath of a serious auto accident with personal injuries for which an insurance claim is made, it can be difficult to fully comprehend what would be a fair settlement. You may have spent weeks, or even months, going back and forth to doctor’s appointments and missing out on work or activities with family and friends because of the painful symptoms you were experiencing.

You can calculate exactly how much you spent on medical treatment, but what about your pain and suffering? What about the loss of normal life while you were undergoing treatment? What if your doctor has advised you to have a surgery?

To better help you better calculate what your final settlement amount may look like, we list 5 important factors that insurance adjusters consider in each personal injury claim in order to help them determine the actual value of a case. Study these factors so that you aren’t taken advantage of by an insurance agent trying to convince you to settle for a lowball amount.

Insurance adjusters will typically refer to expenses that have already happened as a result of the wreck as special damages. These damages include:

Every personal injury case will look a little different depending on the specific types of special damages incurred in that individual case, but they are all generally out-of-pocket expenses that can be determined by adding together all of the losses incurred from the accident.

Special damages are typically the easiest type of loss to calculate in a personal injury case because an exact dollar amount has already been spent and there are usually receipts or invoices that can be provided to the insurance adjuster as proof of payment.

However, special damages are not always treated equally.

Often, insurance adjusters try to shortchange victims by offering fair market values of their medical treatment at the time of the injury and not the actual amount that the person was billed by their treating physicians.

According to some insurance adjusters, not all medical treatment is treated equally either. Many insurance companies are in favor of treatment by physicians, hospitals and medical clinics over that of chiropractors, acupuncturists, or any other types of “alternative” medicine. Insurance adjusters will also usually require extensive documentation to prove any lost wages or earnings.

General damages are much harder to calculate and receive compensation for because there is often no physical evidence to provide the insurance company, such as a receipt or bills. It’s also hard to determine the cost of these losses because general damages are unique to each victim.

No matter the size or placement of the injury, it deserves compensation nonetheless.

Punitive damages are a special category of compensation in a personal injury claim. The purpose of punitive damages is not to compensate the victim for injuries or damages, but rather to punish the at-fault party.

Georgia law says you may be eligible to receive punitive damages if the person who injured you showed “willful misconduct, malice, fraud, wantonness, oppression, or that entire want of care which would raise the presumption of conscious indifference to consequences.” (O.C.G.A. § 51-12-5.1(b))

Examples of instances in which punitive damages can be awarded in an auto accident would include drunk driving, driving under the influence of an illegal substance, or a driver who operates a vehicle knowing that there is a serious mechanical problem with that vehicle.

The “mechanism of injury” refers to the method by which damage or injury occurs. For instance, if you were rear-ended in a motor vehicle accident, it may be easy to correlate damage to your neck (such as a whiplash diagnosis) to that accident. What may be a harder injury to correlate to an auto accident could be an injury to a body part that wasn’t violently moved during the collision — for example, a wrist injury that occured from gripping the steering wheel at the time of a collision.

Further, the lower the impact of the collision, the more difficult it will be to correlate a large number of injuries to an insurance adjuster. However, it is important to note that the mechanism of injury is not the same for everyone and generally varies from person to person because it will depend on the physical condition of that person.

As we age, our bones become more delicate, meaning that a young, healthy adult involved in the exact same motor vehicle accident as an elderly person will probably not suffer the same injuries. In turn, a woman who is pregnant would obviously be much more affected and need more testing to ensure the health and safety of herself and her unborn child than that of someone else who is not with child.

Pre-existing conditions are defined as any health-related condition you had prior to the auto accident. This might consist of many conditions, ranging from chronic pain, bulging discs, surgeries, arthritis, brain injuries, or even degenerative disc disease.

Often, insurance adjusters will try to pay as little as possible to victims of car accidents by trying to use their pre-existing injuries against them. They will attempt to prove that because the injuries were pre-existing, they were therefore not caused by the accident.

Prior injuries should be taken into consideration, however, as it can mean that a person is more susceptible to injury because the already injured area would be more easily affected than a completely healthy body. Also known as the “eggshell” rule, this factor is considered when a victim who already had health problems or conditions is more severely injured during a traumatic event, such as a motor vehicle accident.

If an egg already has a small crack in its shell, it will be easier to break the egg entirely than an egg with no crack in it at all. The same idea is used for pre-existing injuries.

Being involved in a car accident can aggravate any already existing condition or injury and create more and bigger problems or complications. Being able to prove that the injuries you sustained in the auto accident made the previous existing injuries worse will play a significant part in the final settlement of your case.

It is also important to note the importance of any previous personal injury claims filed. Previous motor vehicle accidents that you have been involved in can influence an insurance adjuster’s evaluation in settlement for a claim. This is because adjusters will look for patterns in personal injury claims made. If someone has filed a lot of claims in a short period of time, it can make them suspicious of insurance fraud.

When to contact an experienced Atlanta personal injury lawyer

Now that you have a general idea of how insurance companies value claims, you are better equipped to know when to settle your personal injury claim and when to hold out. It’s important to remember that insurance companies are businesses first and foremost. It’s the adjuster’s job to get you to settle your case for as little as possible, or to find a way to deny your claim for personal injury all together.

Often, claimants are initially offered a lower amount than they believe they are owed, but this is a normal part of the process and shouldn’t be taken personally. While frustrating, it’s important to make sure that you are getting the full value of what your claim is worth.

Thankfully, you don’t have to settle your case on your own. If you find that an insurance company is trying to shortchange your personal injury settlement, you can always contact a skilled personal injury lawyer at Scholle Law for advice. Your first consultation is free.