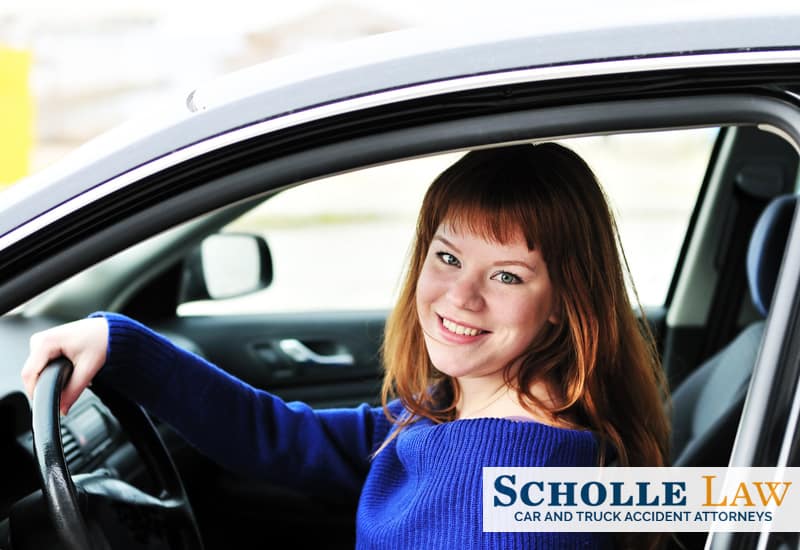 8 tips for parents and guardians with teen drivers

It’s an unfortunate fact that most drivers will be in at least one automobile accident during their lives.

Newly licensed drivers, especially teenagers, are even more prone to being involved in auto accidents. This is mainly due to teens not having extensive driving experience, which makes them more likely to make mistakes that result in a collision or crash.

Tragically, auto accidents are the number one cause of death among teenagers.

So what is a parent to do?

Many parents already suffer from anxiety when their teen starts driving. As parents, it’s important to take the time and effort to properly prepare our teen drivers in order to reduce the likelihood of a teen driving car accident.

Here are some tips for parents that we’ve found helpful when teaching a teen how to safely drive.

There’s a long list of behavior that increases the likelihood of an automobile accident. The best thing parents can do right away is to go through this list with their teenager. Prior to allowing your teen to take the written exam, layout your expectations and explain in detail the responsibilities that come with driving.

Tip #2: Make teens know that there are consequences for their actions

Teen drivers should also fully understand the consequences of bad driving, and that driving is a privilege (not a right). If a teen driver doesn’t respect the rules and responsibilities that have been placed on him or her, then consider revoking the privilege of driving.

For example, O.C.G.A. § 40-8-76.1 requires all occupants in a passenger vehicle to wear a seat belt. Not wearing a seat belt is a major preventable risk that many teens don’t take seriously. Speeding is another common, high-risk factor among teen drivers.

Even the most seemingly “simple” acts can turn an already dangerous situation into a horrific catastrophe. These consequences should be clearly explained to teenagers. Not wearing a seatbelt or speeding are a couple of behaviors that are common among young drivers and punishable by law.

Tip #3: Reduce distractions when behind the wheel

Another risky behavior is distracted driving, like texting while driving. A significant portion of teens admit to texting while driving—an illegal behavior that substantially increases the risk of getting into an auto accident. Teen drivers must understand that every second of reaction time could be crucial to safely arrive at their destination. Being distracted, even for just a few seconds, could have deadly consequences.

Distracted driving often occurs when a young driver has multiple teen passengers. For this reason, many parents (and states) place rules on how many passengers a young driver can have in their vehicle.

Tip #4: Talk to your teen about ignoring peer pressure while driving

Young drivers, particularly teen males, are more likely than adults to participate in risky and aggressive driving behavior. Illegal activities such as hood surfing, drag racing or other driving stunts that they hear about or see on social media as challenges are not only against the law but also dangerous. Peer pressure often plays a role in these and other examples of dangerous driving.

Tip #5: Help your teen practice behind the wheel

In addition to the many conversations you may have with your teen, it’s also important to make sure that your child gets as much actual experience driving as is possible. Many states require driving lessons as a precursor to getting a license.

Before they can get their actual driver’s license, all Georgia teenagers must have actual driving practice. This ensures that a teenager has spent a significant amount of time driving with an experienced adult to prepare them for driving alone. If you live in another state that doesn’t require teenagers to take driving classes, the serious nature of driving should at the very least be explained to every new or teen driver.

Whether you help your teen practice driving yourself or make them attend additional driving classes, the more time your teen spends learning from experienced drivers, the more likely they will comprehend the responsibilities of driving.

You may also want to consider having your teen earn the right for extra driving privileges. Most states have laws in place that don’t allow teen drivers to have passengers until after a certain time has passed. It is, however, completely up to the parents’ whether or not teenagers can have passengers after they have passed that time frame.

Parents may consider restricting other privileges until a teen has demonstrated their maturity, such as night driving or driving on the weekends. For example, you could initially tell your teenager that he or she is only allowed to drive to and from work, school or practice. Or perhaps they are required to ride the bus until they have demonstrated that they take driving seriously.

You can then ease your teen driver into earning extra privileges as they demonstrate that they fully understand the seriousness of driving. So, for example, if your teen goes 6 months of driving alone without a ticket or incident, then maybe you can allow them to drive themselves to their swim meets, instead of riding the bus with their teammates.

A safe and reliable car is another important factor that will help a teenager safely get to their destination and home again. A safe car doesn’t necessarily equal a new car. A used 1995 Honda Accord that has been thoroughly inspected by a mechanic can be a great first vehicle, as could a brand new Toyota Camry with all the modern safety features.

While a used vehicle may not be flashy, some parents prefer this quality because it doesn’t encourage flashy behavior by having new smartphone hook-ups or distracting technology that many young adults want. In addition, an older car, especially a good reliable one, may have already demonstrated its dependability for first-time drivers based on industry awards and reviews.

Lastly, don’t assume that your teenager will never drink and drive. While they may not participate in this behavior when they first start driving, many teens get over-confident with driving and let their guards down soon after starting to drive on their own. Unfortunately, drinking and driving is much more common than parents would like to admit, and this popular teen behavior requires serious, thoughtful conversations.

Make sure that your teen or young adult child knows that they can call you for a ride home, without fearing the consequences. While this piece of advice may seem counterproductive to some parents, it’s better to ask forgiveness than risk a deadly accident in this particular situation.

We’ve talked to many parents who, tragically in hindsight, wished their child had called them rather than risk driving drunk and never making it home.

In summary, it is crucial that you talk to your child frequently about driving safety—and be sure to start these conversations long before they actually get behind the wheel. There are many resources available to help parents navigate the anxiety of keeping teen drivers safe on the road.

For instance, there are phone apps that will incapacitate your teen’s cell phone while their car is moving. And don’t forget that your teen needs a good role model, so always drive like you want them to!

Lastly, be willing to be strict and don’t be afraid to discipline your teen in the event he or she gets into trouble for speeding or another risky driving behavior. Taking away your teen’s driving privileges may be an unpopular decision now, but it will help them quickly learn the penalties for their risky behaviors and establish consequences for their actions—which just might end up saving their lives.

Was your teen in a car accident?

If your teen was involved in a crash or collision and you need legal advice, don’t hesitate to contact the Atlanta car accident lawyers at Scholle Law. Charles Scholle and his team of experienced attorneys can help investigate the accident, establish fault, calculate the extent of your damages and skillfully represent you through the entire process—from negotiation to mediation and litigation (if necessary).