What is premises liability law? 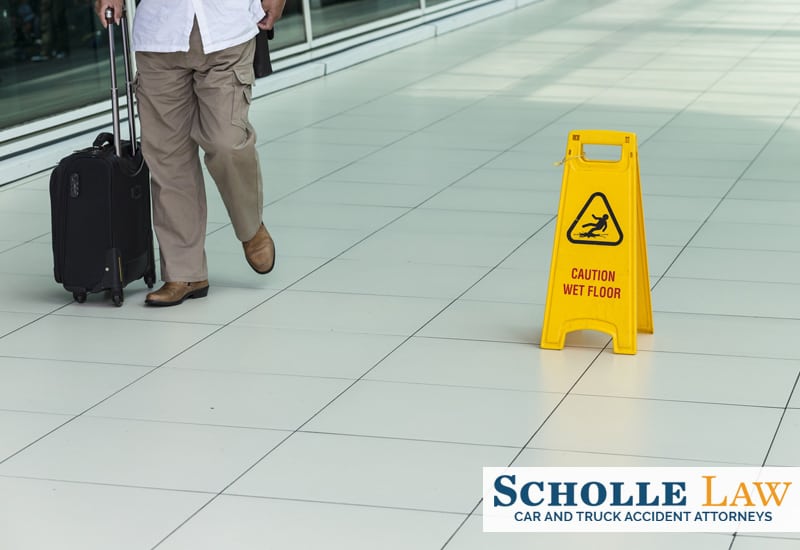 What is premises liability law in Georgia?

“Premises liability” is a very broad and varied area of Georgia law which can encompass anything from slip-and-falls to negligent security. Most commonly, these issues arise when someone is injured on a business’s physical premises, such as in a store or parking lot. However, much about the case can depend on the relationship between the injured person and the owner or tenant of the area in which the person was injured.

There are much higher standards for proving negligence in a premises liability case, and an inexperienced person can quickly become lost in the legal nuances of a potential case. The easiest way to simplify the matter is to consult with an experienced Atlanta premises liability lawyer who can break it down into 2 main legal issues:

What’s the relationship between the property owner and the injured guest?

“[w]here an owner or occupier of land, by express or implied invitation, induces or leads others to come upon his premises for any lawful purpose, he is liable in damages to such persons for injuries caused by his failure to exercise ordinary care in keeping the premises and approaches safe.”

For example, a property management company may own a shopping mall, but the tenant/business renting a specific space from them has exclusive control over that space. If someone slips and falls due to a spill in that business, then the business—not the owner of the shopping mall—would likely bear responsibility for the customer’s injuries under Georgia law since the business had exclusive control of the leased space.

Under O.C.G.A. § 51-3-1 persons to whom landowners and occupiers owe a duty of care are considered “invitees.” An invitee is a person who has been specifically invited or welcomed onto the premises, such as customers during business hours, guests, employees, contractors, or other persons who have been either expressly or impliedly invited onto the premises.

In a majority of premises liability cases, the injured person is usually an invitee of some sort, such as a customer of a business.

In contrast to invitees, “licensees” are individuals who are, under O.C.G.A. § 51-3-2, “neither a customer, a servant, nor a trespasser.” The statute further clarifies that licensees, while permitted to be on the premises for their own interests, have not been specifically invited and that the landowner is liable to them only for willful or wanton injury.

What was the cause of the injury?

After determining whether or not the injured person was an invitee, the cause of the injury is the next major issue. While an invitee may have tripped on a broken sidewalk or slipped on a wet floor, the landowner is not automatically liable for their injuries. Case law (meaning prior decisions of Georgia courts on various premises liability cases) narrows the liability of a landowner in a number of important and relevant ways.

In practical terms, a landowner is not liable for injuries to an invitee if the injuries were caused by a defect (such as a wet floor or broken sidewalk) which was open and obvious. In other words, if you walk through the giant and highly visible puddle of spilled milk on the grocery store floor, the grocery store would probably not be liable for your injuries if you slip and fall as a result.

Additionally, the landowner generally only has the duty to warn invitees of dangers and defects which are hidden or not obvious. For instance, if the grocery store put a wet floor sign next to the puddle, they have generally satisfied their duty to protect invitees by warning them of the danger.

Discovery of the danger

The issue of cause is further complicated by the landowner’s duty to inspect the premises. If the landowner hadn’t yet discovered the hidden danger themselves, then they still may not be liable for the injuries of an invitee.

With the puddle of milk example, if the milk had only been spilled 30 seconds before the invitee walked down the aisle and slipped in it, then the landowner may not be liable because Georgia courts have held that it’s not reasonable to require that every landowner be instantly aware the moment any spill occurs on their property.

While they have a duty to reasonably inspect the property for hidden dangers posed to invitees, it can become a highly contended question of fact.

What if the grocery store employee had walked down that aisle 5 minutes before? What about 10 minutes? Or 20 minutes?

While there is no bright-line rule, Georgia courts will often hold that a store should be aware of a spill within 15 minutes of it occurring – but, again, this depends entirely on the facts specific to that case. You can see how the issue can quickly become complicated and hotly contested between an injured party and a potentially liable landowner.

Further complicating the area of premises liability law are injuries caused by dangers which are not “static” defects such as spills. For example, perhaps the owner of an apartment complex knows that people have been getting robbed at gunpoint in the parking lot but has placed no security measures to protect residents of the complex. Or maybe the owner of a shopping center knows that their parking garage has a particularly dangerous blind intersection which has caused numerous car accidents but has failed to place any type of warning or traffic control device.

These matters also fall under the umbrella of “premises liability” and have their own sets of standards based on Georgia case law.

In negligent security cases, for instance, an injured party must usually be able to prove that the landowner had actual knowledge of prior similar criminal incidents on the property. Beyond that, they must show that the previous incidents were not only similar in nature but were in the same area of the property. A person who is assaulted in their hotel room may not be able to maintain an action against a landowner for their injuries if the landowner was only ever aware of prior muggings in the parking lot.

In a Georgia case involving a theme park, the court had to decide whether the theme park was responsible for injuries caused to a person when they were criminally assaulted at a bus stop servicing the park which wasn’t technically on their property. Because the statute places a duty on landowners to keep both the premises and the approaches safe, the court had to consider the theme park’s knowledge of prior crimes against persons in that same area which was considered an “approach” to the property.

In another court case, a Georgia court found that while the landowner was aware of previous crimes at a poorly lit parking lot ATM, the customer injured in a mugging should also have been aware of the dangers of an ATM in a dark parking lot as a matter of common knowledge.

Why Premises Liability Cases Are Complicated

Because the statute is so broad as to the duty owed by landowners to invitees, there are an infinite number of ways in which a landowner may potentially be liable for injuries which occur on their property. The way the injury occurs, any warnings which were in place, the obviousness of the danger, the awareness of the landowner of the danger, the acts of third parties not in the landowner’s control, the injured person’s own negligence, and innumerable other facts all have a role in determining the extent to which a landowner may be liable.

Premises liability cases, for these reasons, are more frequently litigated in comparison to auto accidents and other personal injury cases which are often settled out of court. There are often novel, unique, or new issues which are particular to each case and which may not have been squarely addressed in previous court cases.

If you have suffered an injury at a business or on someone else’s property, it is extremely important that you talk to an experienced and knowledgeable attorney. There are many issues which can affect your case, and often there is vital evidence which can be lost if action is not taken to preserve it immediately.

An attorney with a thorough understanding of premises liability cases is far better positioned to help you walk through the complicated issues which may arise, and they can act swiftly to protect and preserve your right to full compensation.

If you have suffered an injury and think a landowner or business might be responsible, we would love to talk to you. At Scholle Law, we regularly handle premises liability cases from initial consultation all the way through trial and verdict. We have the experienced Duluth premises liability attorneys needed to protect your rights.