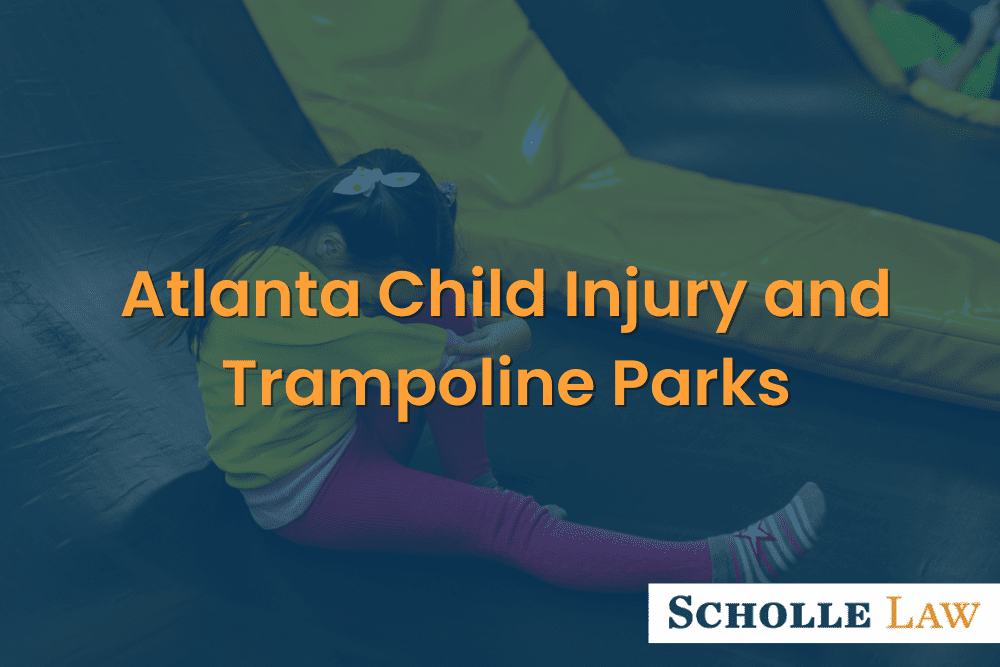 Over the past several years, the Atlanta area has seen an increase in trampoline parks. At first glance, these indoor parks are especially fun for kids and teens. But as the popularity of these parks grow, there is an alarming statistic that is also increasing — that is, visits to the emergency room after a trampoline park injury. A recent Scientific American study suggests that the parks are not more dangerous than home trampolines, but the number of people using these parks has increased along with the number of injuries. And the way they are set up might increase the likelihood of injury and unfortunately for the business might result in a premise liability.

Atlanta and Georgia residents might recall a Fulton County trampoline park injury sustained by a child who went through many surgeries after his injury. Another very well known situation is the tragic incident several years ago in which a youth football coach was paralyzed from his shoulders down after a Georgia trampoline park injury. Jonathan Magwood’s injury resulted in legislation being introduced that would have added regulation and permit requirements for these parks. The legislation did not go very far and was not passed by the Georgia legislature. Mr. Magwood sued the park at which his injury was sustained.

The challenge for parents and caregivers who want their kids to have a safe and fun experience is found in the sobering statistic from the injury study about ER visits from trampoline parks. Between 2010 and 2014 there was a major increase in injuries that occurred at these facilities. And children from ages six to 17 are most vulnerable. As more and more of these parks open across the country, there is a growing concern about their safety backed up by data from this study. The research in this area looked only at injuries from the parks, not from gymnastics or sporting locations that provide more than wall to wall trampolines. The inherent danger in these parks are kids jumping in proximity to one another.

The study looked at the types of injuries that most often occur at trampoline parks. The researchers found that for adults and for teenagers, sprains are the most common injuries. For children, fractures are the most common. The experts at the American Academy of Pediatrics has some suggestions for parents and caregivers. They say don’t let kids jump with multiple kids on a trampoline. This is important since many trampoline owners might not know not to allow kids to jump together; something lots of kids would want to do. Most injuries happen when there are multiple kids jumping on a trampoline or jumping close to one another at a park trampoline. The other important suggestions include making sure there is an adult present at all times and there is soft material to pad any falls. Additionally, the doctors advise that somersaults and flipping are not safe activities for kids.

Trampoline park injuries can be very serious. The owners of these facilities have a duty to protect you and your children, even if you sign a waiver that you know about the risks. There can still be situations in which, for example, the owner or employees have been negligent in keeping the equipment safe in various ways or have failed to deal with a dangerous condition.

If you, your child or teen was injured at a trampoline park due to the negligence or other safety issues, contact Scholle Law for a free evaluation of your situation. We will help you in any way we can and if you have a case, we do not get paid until you get paid.