What To Do When Hit By An Uninsured Motorist

What should I do when hit by an uninsured motorist? 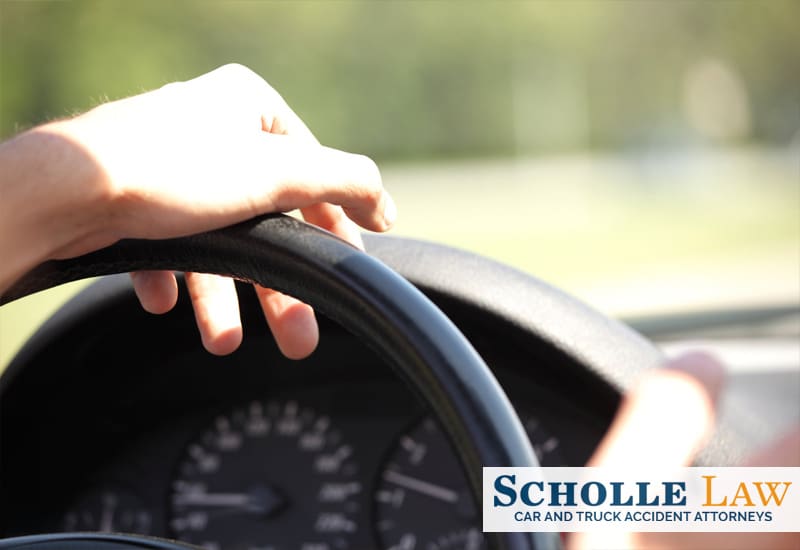 Georgia law requires that all owners of a motor vehicle maintain at least $25,000 in liability insurance on their vehicle at all times (OCGA 33-7-11). Everyone should know what to do when hit by an uninsured motorist. Most of us follow this law and have the minimum required insurance policy.

Unfortunately, not everyone obeys the law.

Some Georgia drivers purchase auto insurance just long enough to obtain financing on their new vehicle, and then they allow their policy to lapse. Others may struggle to keep up the payments on their car insurance and it’s eventually cancelled for nonpayment by the insurance company. Sadly, others just don’t care and have no intention of purchasing insurance in the first place.

Regardless of the reason why a driver is uninsured, if they cause a collision with you then you will be faced with the possibility of having to file an uninsured motorist claim. Continue reading to learn what to do to help get through this process following a car accident.

Who is an uninsured motorist?

In the context of an auto accident, the term “uninsured” generally means that there is no applicable liability insurance available to cover damages caused by an at-fault driver. There are several possible reasons for why there may be no applicable coverage.

First, there may be no coverage because there is no existing insurance policy for the at-fault driver. Never assume that just because the law requires everyone to have liability insurance on their vehicle that everyone actually does.

Second, a policy may actually exist, but coverage is denied by the insurance carrier because of a violation of the policy agreement. The insurance carrier is under no obligation to advise you as to the reason for their being no applicable coverage. However, there are many reasons for a coverage denial.

We’ll explore some common causes of coverage denials below.

First, coverage may be denied if there is no active policy at all. This can happen when erroneous or inaccurate information is given to the police officer at the accident scene. Contrary to popular belief, the responding officer doesn’t determine if a driver has active insurance. The responding police officer can only tell what insurance was reported to the DMV at some point in time.

Second, coverage may be denied if a policy was cancelled for nonpayment. Just because someone originally had insurance coverage doesn’t necessarily mean that they maintained it. Insurance coverage is maintained by paying your insurance premiums on time. Unfortunately, not everyone is willing or able to do this. If an at-fault driver isn’t paying their insurance premiums on time, their insurance policy may be cancelled and lapse. If the policy is cancelled, producing an insurance card at the accident scene will mean nothing. In such a case, there is no liability coverage for the at-fault driver.

Third, coverage may be denied if an at-fault driver is excluded on the policy. This could happen when a household member has a bad driving record or is a new driver (such as a teen). In order for the policyholder to have a reasonable insurance rate, the policyholder might have agreed to exclude the new or bad driver from driving their vehicle. If the excluded driver operates the vehicle anyway and causes an accident, there may be no coverage.

Fifth, coverage may be denied if the accident didn’t occur within the policy periods listed on the at-fault driver’s declarations page. In some respects, this is the same as no applicable policy existing. But there is a slight difference between these two. On one hand, there may be no policy at all. On the other hand, a policy period for an active policy may have recently ended. In that case, it’s not completely accurate to say no policy existed at all. The more accurate description is that a policy exists but doesn’t provide coverage for the date of the accident in question. In short, the accident took place outside of the policy period.

Sixth, coverage may be denied if the insured committed material misrepresentation when the policy was either purchased or updated. Insurance premiums (the price you are charged for insurance) are determined according to the facts provided to the insurance carrier’s underwriting department. Underwriting determines how much you are going to be charged for insurance based on how much of a financial risk you are to their company. High risk drivers pay higher premiums. This being the case, a prospective policyholder could be tempted to conceal or withhold certain facts to keep their insurance premiums down.

For example, most people understand that insurance rates go up significantly when teenage drivers are added to an auto insurance policy. So some parents may be tempted to not disclose that they have a teen driver in their home. Not disclosing this seems, on the surface, like a creative way to circumvent the system. Your rates stay low and the teen driver in your home gets to drive. However, if that teenage driver is in an accident and was never rated by underwriting, it’s possible that the insurance carrier may determine that the named insured on the policy committed material misrepresentation and deny coverage.

7. Driver didn’t have permission to use vehicle

Eighth, coverage may be denied because of an exclusion listed in the policy covering the at-fault driver. Usually, the applicability of liability coverage in the event of a covered loss is very broad. However, some factors can come into play that increase the chances of accidents and these factors are excluded upfront in the policy language.

For example, most auto insurance policies exclude drivers that transport people or material for money (such as drivers for Uber or Lyft). Such activity is believed to increase the likelihood of an accident by the simple fact that the person is driving more than they usually would were they not driving for money. Therefore, this activity is excluded and not covered.

For similar reasons, coverage may be excluded if a person causes an auto accident while in the midst of committing a crime. Fleeing from police would be a good example of this. Naturally, if one is fleeing from the police in a car, their chances of causing an accident are exponentially higher. Therefore, the insurance company may not cover such a high-risk activity and will deny coverage.

For other examples of exclusions, review the exclusion section of your own auto insurance policy.

When an at-fault driver flees the scene of an accident, this is commonly referred to as a hit-and-run. Sometimes, the hit and run driver is located later. Sometimes they aren’t.

You DON’T have uninsured motorist coverage

You DO have uninsured motorist coverage

If you do have uninsured motorist coverage, then you should be able to process a claim that may address both your property damage and bodily injuries. We say “may” because additional prerequisites must be met before your accident can fully qualify with your own insurance company with an uninsured motorist claim. These prerequisites are set forth in Georgia law (OCGA 33-7-11) and is essentially two-pronged.

First, you must provide an official accident report to your insurance carrier. Second, you must be able to show evidence of physical contact between the vehicle of the unknown driver and your own vehicle. In some cases, physical contact isn’t mandatory if your version of the accident facts are verified by an independent witness to the accident.

In Georgia, uninsured motorist policies can potentially stack on top of each other, causing the amount of available coverage to increase.  However, this isn’t without conditions. In general, the question of stacking comes into play when there is more than 1 auto policy in the household with uninsured motorist coverage.

In the context of an uninsured motorist claim involving series injuries and/or high medical bills, we often see accident victims often miss their opportunity to stack policies, leaving their medical bills unpaid and resulting in them being poorly compensated for their injuries.

It’s critical to never miss an opportunity to explore stackable coverage for an accident victim involved in an uninsured collision. You shouldn’t have to worry about what to do when hit by an uninsured motorist. A lawyer can help sooth your fears and get you answers.

The potential for policy stacking should be examined carefully by the insurance adjuster handling your uninsured bodily injury claim. If you feel the adjuster’s analysis is questionable, you probably need to consult an experienced Duluth car accident attorney.

If you or a loved one has been injured in a car accident call us today for a free consultation.866-592-1296