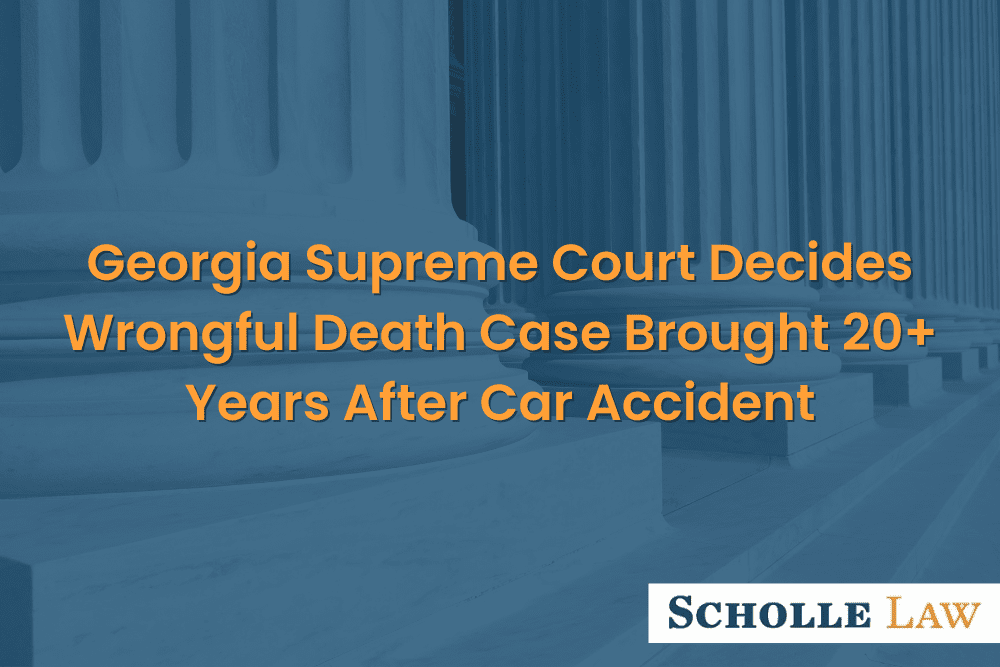 When someone is killed due to the negligence of another, their representatives may be able to bring a wrongful death suit against the tortfeasor(s) that caused their death. If someone is injured but does not die, they may still be able to collect damages for things like lost wages, pain and suffering, medical bills, and other damages, but a wrongful death suit cannot be brought until after someone dies. If you think that your loved one may have died due to the fault of another, you should contact a skilled Atlanta wrongful death attorney as soon as possible.

In the case at issue, a woman was injured in a car accident resulting in a coma. After the accident, her legal guardian filed a personal injury lawsuit against the car manufacturer, alleging faulty seatbelt and door locking mechanisms. The car manufacturer settled with plaintiff, and in exchange for the settlement the plaintiff’s representative released the company from any claims and damages, including a claim for wrongful death “inasmuch as [plaintiff] has not died…”

The plaintiff never woke up from her coma and subsequently died 20 years after the accident. After she died her husband and children filed a wrongful death suit asking for damages for the full value of her life. The car manufacturer argued that she had already been paid for the value of her life and had released all other claims beyond her funeral expenses.

Therefore, the court here held that the decedent had already been fully compensated for her injuries, just not for the additional fact of her death. It explained that while personal injury and wrongful death damages may overlap, double recovery is impermissible. In this case, the personal injury damages contemplated being in a lifelong coma. Thus, the family may be able to recover damages for the difference between being in a lifelong coma and death from the perspective of the decedent.

If your loved one has been injured or killed through the actions of another, you should contact a knowledgeable Georgia wrongful death attorney as soon as possible. The experienced personal injury and wrongful death attorneys at Scholle Law represent accident victims in Georgia cities that include Duluth, Suwannee, Lawrenceville, and Snellville. We can help you or a loved one recover the damages that you deserve. Schedule your free consultation today by calling 866-972-5287 or reach out via the contact form on our website.