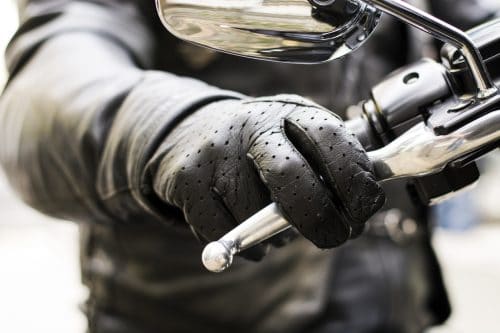 When riders saddle their motorcycles and hit the road, they deserve the same respect and consideration that is given to other vehicles on the road. Unfortunately, other drivers in Walton County tend to ignore motorcycles – a decision that can be fatal for the biker. In rare instances, some drivers will even take direct action against a motorcyclist, such as intentionally cutting them off, out of annoyance or frustration.

Regardless of the cause, motorcycle accidents typically result in severe injuries. Unlike a passenger vehicle that protects occupants with its frame, airbags, and seat belts, the only protection a biker has in a wreck is their apparel. Even if the biker is dressed in top-quality leather and is wearing the best helmet, if they are in a collision with another vehicle, the risk of injury is great.

If you are injured in a motorcycle wreck caused by another party’s actions or negligence, the attorneys at Scholle Law are on your side. We have aggressively represented motorbike accident victims for over 25 years, recovering millions on behalf of our clients.

To schedule a free, no-obligation consultation with a Monroe motorcycle accident lawyer, call us at (866) 592-1296 or contact us online today.

Why Do Motorcycle Accidents Happen?

Motorcycle wrecks are caused by a variety of different factors. Some accidents are due to factors outside of anyone’s control, like the weather. Most, however, are caused by the negligence of other drivers.

In our 25-plus years of representing injured bikers, we have found that these six factors cause the most accidents:

One of the most common scenarios for a motorcycle accident occurs when a vehicle driver hits the motorcyclist from behind. Quite often, this happens when the other vehicle is speeding or following too closely. Motorcycles can come to a complete stop very quickly, while larger vehicles require more time and a greater stopping distance.

Every vehicle has “blind spots” – areas in the field of vision where the driver’s vision is partially obstructed. Some vehicles are now equipped with safety features to warn a motorist of blind spot activity, but not all.

If a driver changes lanes without double-checking their blind spots, they could hit a motorcyclist who happens to be in that spot. Blind spots can also lead to bikers being cut off by other vehicles, increasing the risk of injury.

Driving under the influence

When a motorist drives under the influence of alcohol or drugs, that driver’s perception and cognitive abilities are both impaired. It also affects their ability to make reasonable decisions. When DUI drivers get around bikers, things frequently do not end well.

Motorcycles are small and fast, and inebriated drivers may not see them until it is too late. Because these drivers have slower reaction times and poorer decision-making skills, motorcycle wrecks involving intoxicated drivers often end in more severe injuries than other bike accidents.

Motorists who are in a hurry or are just being careless sometimes “cut off” other drivers. They may make a quick lane change or unexpected turn that forces other drivers to hit the brakes quickly or make evasive maneuvers to avoid a collision.

When a motorcyclist is cut off in this way, it can be extremely dangerous. Not only is there a danger of the biker hitting the other vehicle, but any quick maneuvers could throw the motorcyclist off balance and cause them to skid out of control.

Distracted driving has become one of the main causes of accidents in recent years. When a driver texts, emails, or talks on the phone while driving, it has the same effect as driving under the influence. Other distractions may include billboards or other elements outside of the car, speaking with other drivers in the car, reaching between seats for something that fell, and more.

About 3,000 people a year die in distracted driving accidents, and motorcyclists can be particularly susceptible to injury or death when other motorists are driving while distracted.

Less-than-optimal road conditions can be a recipe for disaster for motorcyclists. Wet or icy conditions reduce the friction of the tires on the road and make it easier to disrupt the biker’s balance. Likewise, these conditions can also cause other motorists to skid and possibly plow into the motorcyclists.

Potholes, debris, and loose gravel can also cause cyclists and other motorists to lose control of their vehicles. In some cases, the local government can be held liable for wrecks caused by poor road conditions.

Speak to a Motorcycle Accident Attorney in Monroe Today

As anyone who rides a motorcycle will tell you, hitting the open road with two wheels beneath you is one of the best feelings in the world. Unfortunately, other drivers often do not give bikers the attention and caution they deserve. When a motorcycle collision does happen, the biker is the one who is most likely to suffer severe injuries.

If you are injured in a motorcycle wreck caused by another party’s actions or negligence, the attorneys at Scholle Law are on your side. We have aggressively represented motorbike accident victims for over 25 years, recovering millions on behalf of our clients.

To schedule a free, no-obligation consultation with a Monroe motorcycle accident lawyer, call us at (866) 592-1296 or contact us online today.