The Other Driver Lied About an Accident. What Do I Do? 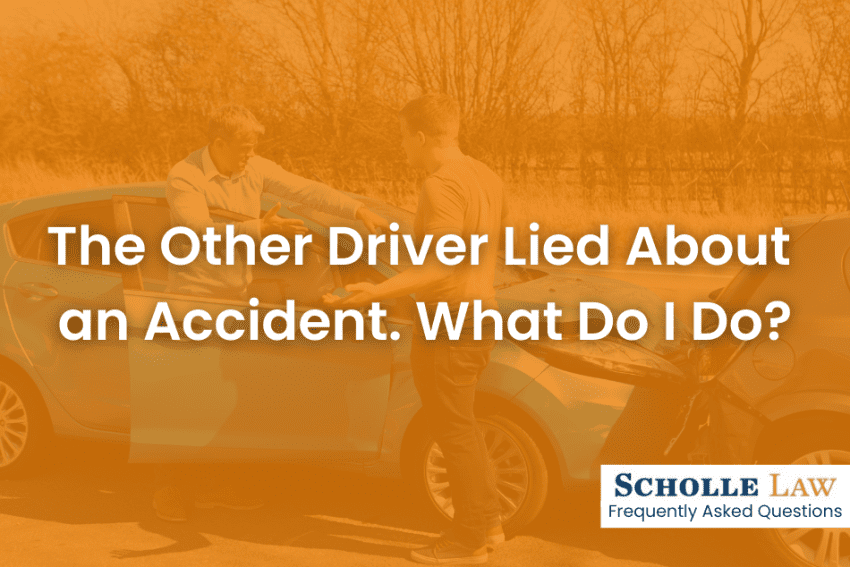 Most motor vehicle accidents are, perhaps surprisingly, relatively undisputed incidents. Even though the parties involved may be shaken up, injured, or angry at the scene of the accident, there usually is no major disagreement as to who caused the accident.

Everyone knows who ran into whom — especially with rear-end accidents, which compromise a sizable portion (if not a majority) of the car accidents which occur in the Atlanta metro area. What do you do, though, if the other driver lied about an accident and misinforms the police officer about who caused the accident to try to get out of a ticket?

Avoid Moving the Vehicles (If Possible)

Why Determining Fault After an Auto Accident Matters

Similarly, the officer could easily find fault and issue a ticket to the other driver if they pulled out of a parking lot into a busy roadway and caused an accident. No matter what the other cars were doing, that driver had the responsibility to make sure the roadway was clear before they entered it.  And no matter what other driver lied about an accident, they likely will get a ticket.

When Fault Is Unclear or Undetermined (No Citation Is Given)

When Both Drivers Are Given Citations

What To Do After a Car Accident

Whatever the circumstance, it’s best to have the advice of an expert who is experienced in navigating this type of situation. If you were involved in an accident and the other driver lied about an accident, we would love to learn more about the incident and speak with you about your options.

Call us at (866) 592-1296 or contact us online for a free, no-obligation consultation today with an Atlanta car accident lawyer.