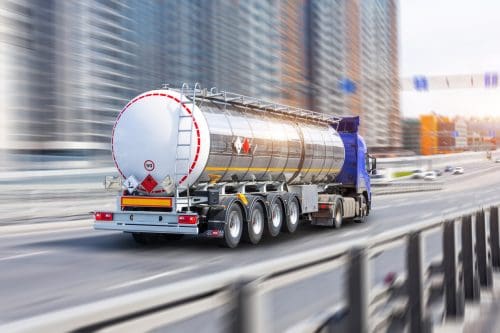 Sandy Springs is home to numerous corporate headquarters and other business ventures. With so much commercial activity in the area, semi trucks are a common sight on local roads and highways.

Thanks to the city’s rather narrow streets, collisions with these vehicles are all too common.

When a truck wreck happens in Sandy Springs, the aftermath can be devastating. Victims may suffer catastrophic, and sometimes fatal, injuries.

Why do trucks crash so often? The answer is this: they are large, the are unwieldy, and they are very, very heavy. The problem with this combination of characteristics of large trucks is that when they must stop, it takes a greater distance for them to do so.

When they collide or strike another vehicle or vehicles, the damage is likely to be more sever because they are so large and cumbersome. But those who drive these vehicles must be mindful of these factors and avoid driving in a way that is more likely to cause harm or to take other humans’ lives.

Every day, we hear about a truck crashes around the country. They are common and they are deadly. The instances in which a trucker has been following too closely behind other vehicles, is driving over the speed limit, is driving faster than the circumstances such as weather and fog allow, or has failed to drive safely in some other way are many and often. These instances are interesting to read about, but they often mean that someone has been harmed — and often, that harm could have been avoided or prevented.

If only the driver had realized that a life or limb could be taken due to his or her negligence, perhaps more care would have been taken to ensure a safe drive. Or perhaps the driver has been put under inappropriate pressure to get cargo from one place to another, making the driver push the limits of driving so that the destination can be reached sooner. But the problem is that aggressive driving can mean that the cargo never arrives at its destination because the driver’s conduct has resulted in the fatal or catastrophic injury, and all lives involved have been altered forever.

Regret and sorrow do not save lives or restore the injured parties back to health. When a truck hits another vehicle and causes fatal injury or serious injury, the moment of impact cannot be taken back. If only that driver had seen what was coming and slowed down or realized that his or her life will never be the same after the truck crash they created.

If you have been injured or a loved one has been killed in a semi truck crash, our team is here to help. The accomplished lawyers at Scholle Law have over 25 years of experience representing injury victims throughout Georgia. Call us at (866) 592-1296 or contact us online today for a free, no-obligation consultation with a Sandy Springs truck accident lawyer.