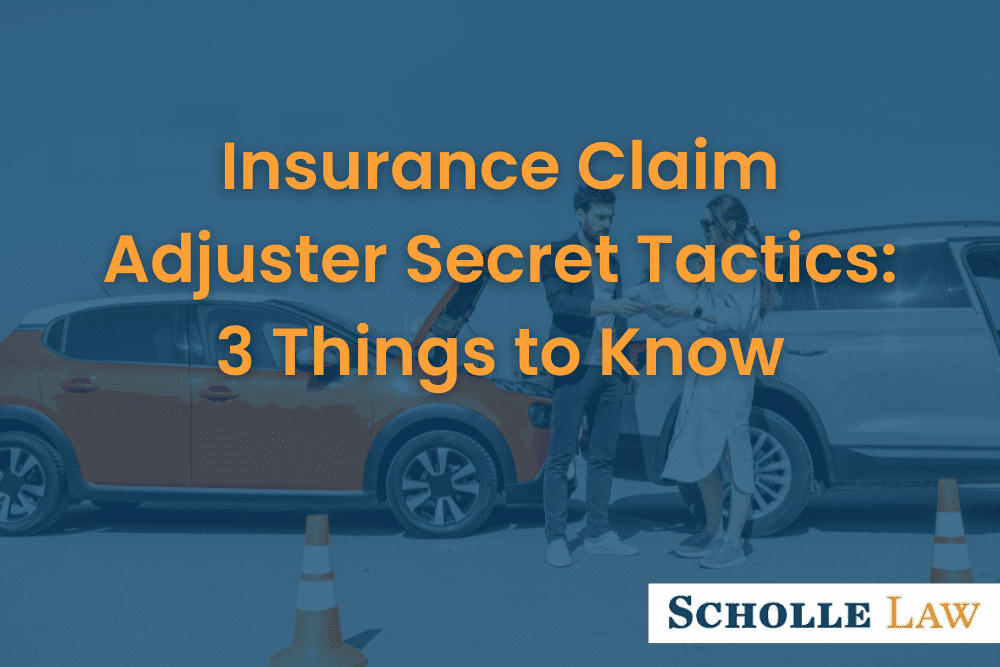 If you’re dealing with insurance claim adjuster secret tactics to diminish your claims, you’ll quickly discover that the weaknesses of your case become the insurance company’s primary area of attack. Therefore, it’s important to strategize ahead of time and develop responses to all potential weak points in your claim to respond with your best argument right away.

The liability attack — finger pointing and the “blame game.”

This being so, an insurance claim adjuster’s secret tactics in Georgia may include looking for ways to argue this very point against you. If this strategy is applied against you by the adjuster, you need to know how to respond.

However, if the physical damage to your vehicle has the appearance of being minimal, you have what adjusters often refer to as a “low impact injury claim.” The insurance claim adjuster’s secret tactic is generally (and wrongly) assumed by most, including insurance adjusters, that minimal physical damage to a vehicle results in little to no physical injuries to the people inside.

Show damage to the other vehicle.

Remember, when referencing an estimate to the adjuster, it’s crucial that you are referencing the most recent estimate. As a matter of course, there is usually a second or third estimate that is called “a supplement.” The second or third estimate is usually obtained after the car goes in for actual repairs.  During repairs, the shop will take apart the damaged area of the car and search for hidden damage. Don’t let the insurance claim adjuster’s secret tactics work. Contact a lawyer today.

Unless the accident in question caused your injuries, the insurance company doesn’t have to pay for it. The next insurance claim adjuster’s secret tactic is:

The aggravation argument usually isn’t a hard point for the adjuster to accept. This is especially true if the prior condition is well documented before the accident date, and the mechanism for injuries is solid. An insurance claim adjuster secret tactics will struggle to work well if your injury has been well documented.

If you’re in a battle with an insurance claim adjuster’s secret tactics over the value of your accident claim, it’s time to get legal help. At Scholle Law Firm, our passionate and experienced Atlanta car crash attorneys know how to deal with insurance adjusters and we’ll make sure you aren’t being duped. Many times, adjusters drop their weak arguments against your claim as soon as they find out you are being represented by a passionate attorney who’s not afraid to take them to court.