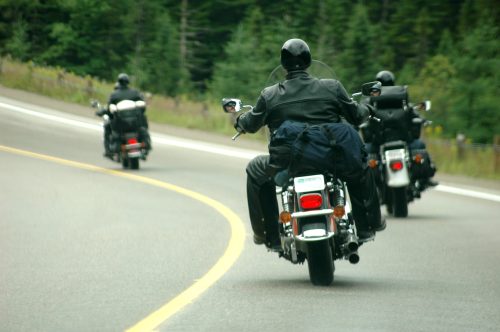 For every mile traveled, motorcyclists are 29 times more likely to die in an accident than other vehicle riders and drivers. Despite the rising motorcycle fatalities and injuries, some people still look down on motorcyclists as careless, and therefore do not afford them the same respect they may afford other vehicles.

The personal injury lawyers at Scholle Law have fought for the rights of injured motorcyclists in Canton for over 25 years. We know exactly how the negative perception works against motorcyclists, even though most are law-abiding, helmet-wearing riders.

Our team has frequently encountered insurance providers that have used this perception to their advantage. Insurance companies go to extreme lengths to not pay adequate compensation and are well-equipped with a team of lawyers. Without an experienced attorney, you are quite likely to find yourself at a disadvantage.

The lawyers at Scholle Law will not back down from the insurance company. We will fight for every penny you deserve. Give us a call at (866) 592-1296 or contact us online for a free, no-obligation consultation today.

Motorcycle accidents for a variety of reasons. In some cases, a biker might be inexperienced or may be unfamiliar with the terrain, causing a one-vehicle accident. In other cases, however, another person’s actions or negligence are to blame for the wreck. When this happens, you may be able to seek compensation from the at-fault party.

Some of the most common causes of motorcycle accidents involving other drivers in Canton include:

Drivers have more distractions in their vehicles than ever before. Beyond cell phone use, drivers may be distracted by their infotainment dash console, random pings and alerts, other passengers in the vehicle, and even outside elements like billboards. Regardless of the distraction, when a driver is not paying attention to the road, they are more likely to cause a wreck. When these wrecks involve motorcyclists, the results can be catastrophic.

The general rule of thumb for driving is to leave at least three seconds of space between you and the vehicle in front of you. When a driver follows a motorcycle too closely, they may end up rear-ending it, especially if the motorcycle comes to a sudden stop. Drivers who are following too closely or speeding behind a bike can strike it from behind, causing the biker to lose control of their vehicle.

Whether it is a small sports car or a massive 18-wheeler, every vehicle has blindspots. These are areas around the vehicle that drivers cannot see with their mirrors. While newer vehicles have safety features to warn drivers about activity in their blind spots, many drivers still rely on their side and rear-view mirrors. If a driver switches lanes before they check their blindspots and strike a motorcycle, they can cause a serious accident.

Defensive driving classes teach us to patiently share the road with others. Unfortunately, many drivers ignored or have forgotten this lesson. Instead, they weave in and out of traffic, cutting off other drivers. When a motorcycle is cut off by another vehicle, they may not be able to safely respond. They may lose control of their bike trying to make quick maneuvers to avoid the car that cut them off, resulting in serious injuries.

Driving under the influence

Driving under the influence of drugs or alcohol is a major problem in Georgia. Hundreds of people are arrested annually for drunk or drugged driving, but hundreds more are involved in wrecks that cause serious injury, including death. Driving under the influence can severely impair a driver’s cognitive abilities, including being able to make reasonable decisions. When an impaired driver strikes a motorcycle, the collision can be deadly.

Aggressive drivers are all too common in Canton and the surrounding area. These drivers may not take proper caution when they are around motorcycles, which can cause wrecks. In some cases, however, other drivers will take intentional steps to “mess with” bikers. They may intentionally cut off a motorcycle because they are frustrated at traffic, or they might open their door when a motorcycle is passing to “teach the biker a lesson.” 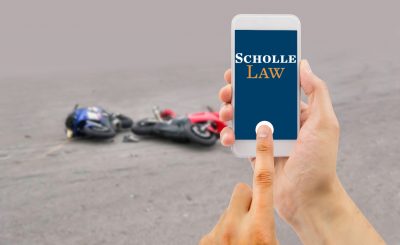 Motorcycle accidents are often much more serious than accidents involving passenger vehicles. When a biker is thrown from the motorcycle, the only thing between them and the asphalt is their clothing and a helmet.

While proper riding gear can prevent some of the most serious injuries, it does not offer as much protection as, say, a car’s frame and airbags.

Unfortunately, motorcyclists are often seen as “daredevils” who take their lives into their own hands, and therefore “get what they deserve” after a wreck.

The attorneys at Scholle Law stand with bikers in Canton and the surrounding area. We believe bikers deserve the same protections as other vehicle drivers, and when they are injured by someone else’s actions or negligence, they deserve compensation.

The lawyers at Scholle Law will not back down from the insurance company. We will fight for every penny you deserve. Give us a call at (866) 592-1296 or contact us online for a free, no-obligation consultation today.