How Distracted Driving Can Affect Insurance 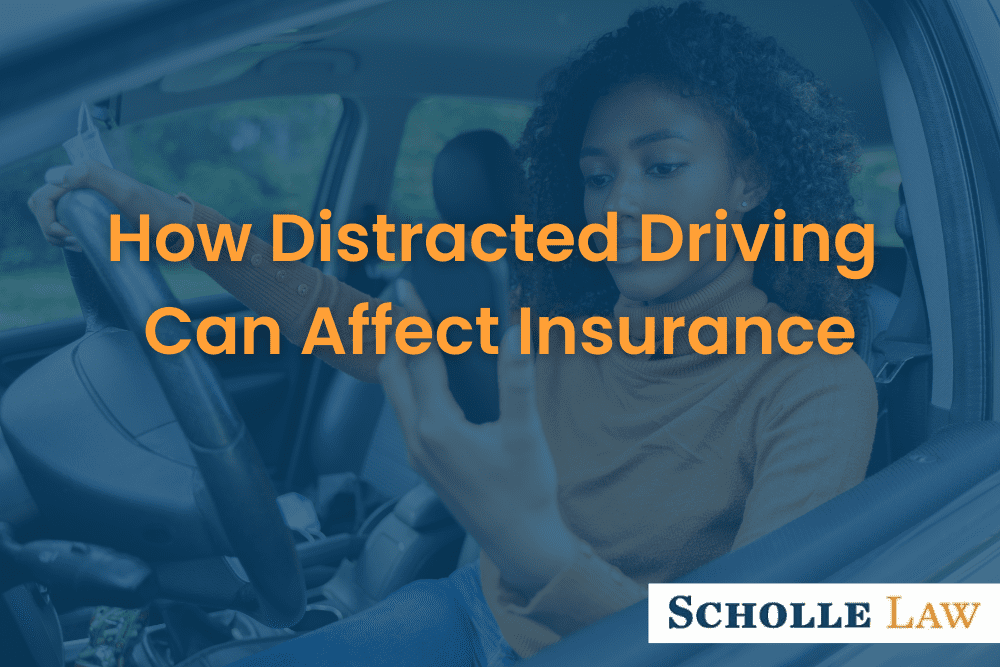 Distracted driving may cause penalties such as increased insurance and other citations. Learn the importance of hiring an attorney if you are hit by a distracted driver.

In 2015, Atlanta resident H. Madison Turner became the subject of national news after police pulled him over and gave him a ticket. His alleged crime? Eating a McDonalds’ Double Quarter Pounder with Cheese…while driving.

Turner’s citation sparked reactions of mockery across the internet. However, Turner’s alleged crime—distracted driving—is no joke.

Researchers have concluded that drivers who text are roughly three times less responsive than drivers who are intoxicated. Distracted driving costs $40 billion a year in accident-related harm. The economic impact pales in comparison to its human cost. Eight people die every day because of distracted driving.

What is distracted driving under Georgia law?

According to section 40-6-241 of Georgia law, “A driver shall exercise due care in operating a motor vehicle on the highways of this state and shall not engage in any actions which shall distract such driver from the safe operation of such vehicle.”

In other words, drivers are required to pay strict attention to the road. Any act that takes their concentration away from driving safely is distracted driving.

Examples of distracted driving include:

These events are common (who can say they’ve never had a conversation while driving in their car?). This explains why there are more than 400,000 distracted driving injuries per year. Legislators are working to reduce this number.

In 2018, Georgia added new legal provisions to discourage drivers’ use of cell phones. Some prohibitions in the “Hands-Free Georgia Act” include:

Police have the authority to pull a driver over if they witness a driver violating any provision of the Hands-Free law. They don’t need any other justification for the traffic stop. Once someone is pulled over for a distracted driving violation, the police may also issue citations or arrests for other violations during the stop.

There are additional requirements for drivers of commercial vehicles. Drivers’ use of CB radios is exempt from the “hands-free” requirement. However, it’s important to note that talking on a radio may still constitute distracted driving under the general “due care” provision.

Penalties For a Distracted Driving Citation

Under the Hands-Free Georgia Act, distracted driving is a misdemeanor offense. It can result in fines and points on a driver’s license:

For a first offense, a driver may receive a fine of up to $50 and one point on their driver’s license.

For a second offense within 24 months, the fine may increase up to $100 with two points on their driver’s license.

For three or more offenses within 24 months, the fine rises to $150. The driver will have three points on their license.

When the law was first passed, drivers could remove the fine and points by proving that they’d purchased a hands-free device like a phone mount. The Georgia House voted to remove this provision effective March 2021.

Georgia adds points to a driver’s license for violations of law. The amount of points added depends on the severity of the violation. Points remain on a driver’s record for two years.

A violation of the Hands-Free law can result in 1–3 points. For comparison, a “super-speeding” violation—going more than 34 miles faster than the posted limit—puts 6 points on a license. Note that Georgia suspends the license of drivers who have more than 15 points on their license within 24 months.

Officially, insurance companies say that points on a driver’s license do not directly impact the cost of a driver’s insurance policy. Instead, insurers say that they consider many factors to calculate premiums.

Insurers do admit that they pull an applicant’s record from the Department of Motor Vehicles. They use information about traffic violations, including points attached to the license, to determine if the applicant is a safe driver.

Online insurance policy comparison site, The Zebra, has a much different answer to the question of how distracted driving affects insurance premiums. The Zebra’s experts conclude that license points do increase the cost of an insurance policy.

According to the Zebra, the average cost of a car insurance policy for a Georgia driver with a clean record is $1,343 a year. A driver with 3 points on their record due to an “open container” violation pays twice as much on average (around $2,585 a year).

A driver who has one violation for texting while driving will receive one point on their license. This may produce a slight premium increase. They would likely pay an additional $29 each year, give or take.

Insurers may conclude that drivers with multiple distracted driving infractions are unsafe. After all, they are consistently failing to pay attention to the road. It’s reasonable to consider that multiple-time distracted drivers should expect significantly higher insurance premiums.

The Importance of Hiring an Attorney

Distracted driving is a contributing factor in car accidents every day. This includes fatal accidents. You may deserve compensation if a distracted driver caused your accident.

If you or a loved one were injured in a collision, especially when the liability involves areas of a new law—such as the Hands-Free Law—you should hire a Duluth car accident attorney to represent you. That’s also true when you deal with insurance after your Georgia car accident.

Scholle Law has a track record of success in winning millions of dollars for Georgia accident victims. Call us today at (866) 582-1302 or contact us online to set up a meeting.