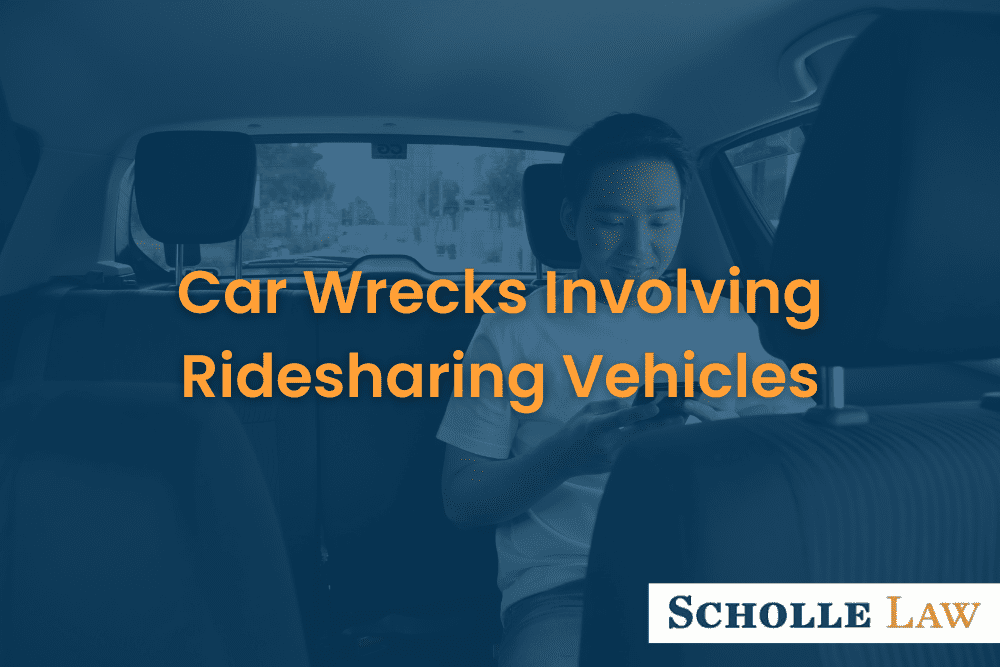 As we all know, ridesharing has become prolific with Uber and Lyft proving millions of trips on a daily basis.  If you are in a car wreck involving a ridesharing vehicle, there are several important things you should know, especially if you suffer injuries.  The discussion that follows will hopefully help you navigate the many issues you may face.

Therefore, if you are ever the non-fault driver or passenger in a car wreck, it is important to identify every insurance policy that might provide coverage to compensate you for your damages, most importantly any injury that you might suffer.  In the context of the ridesharing environment, various pots of insurance are at your disposal depending upon your status in the wreck, whether you are the ridesharing driver, the ridesharing passenger, or a driver or passenger in the non-ride sharing vehicle(s).  Each of these scenarios will be explained in turn.

Before we begin that discussion, it is important to first understand the difference between liability insurance and UM/UIM insurance.  Liability insurance of the at-fault driver provides coverage for damages and injuries suffered by the non-fault driver(s) and/or passenger(s).  UM (uninsured motorist) and UIM (underinsured motorist) policies provide coverage for damage and injuries in situations where there is either no available liability insurance or the amounts of the liability insurance policy are insufficient to cover the damages of the non-fault driver(s) and/or passenger(s).  However, in these situations, you may only look to your own UM/UIM policy, not that of others, assuming you purchased such a policy.  If you are the rideshare driver, you should have a UM/UIM policy available to you through your respective rideshare company.

Is The App On or Off?

How Much Insurance Does The Rideshare App Driver Typically Have?

In summary, the amount and source of available insurance coverage depend significantly on your status as a ridesharing/non-ridesharing driver/passenger and whether the ridesharing app is on or off and further whether the ridesharing driver is actually en route.  We hope this information is helpful and gives you a general understanding of the potential issues you might face if you are ever in such a situation.  Given the complex legal issues involving these different scenarios, we urge you to contact an experienced personal injury attorney with the skill and background to handle your case and fight for the compensation you deserve.