How Does a Personal Injury Lawsuit Work? 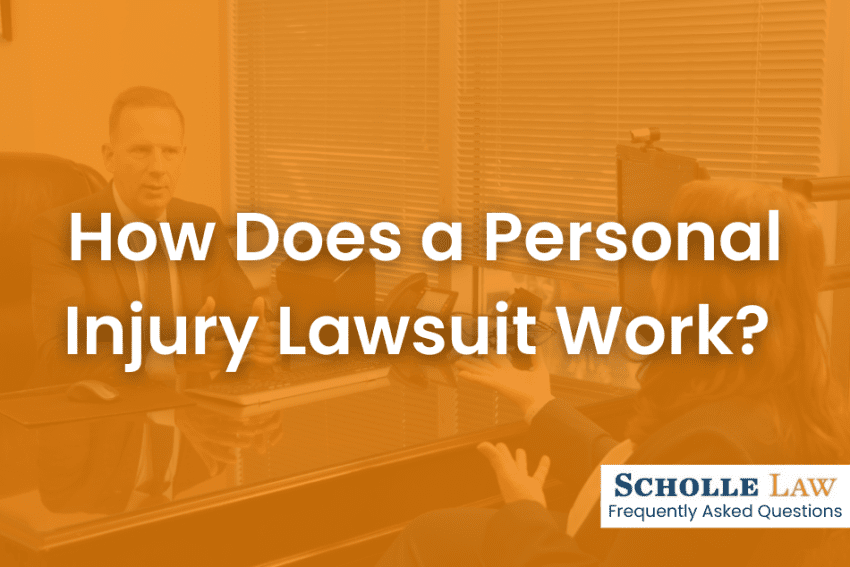 Have you been injured and wondering how does a personal injury lawsuit work?

It’s often assumed that the second you hire a lawyer, someone gets sued. And that may be the case in some instances. But most of the time, the process is much longer. Generally, most cases will settle with the insurance company before a case will get to a lawsuit. But not all of them do.

In this article, we’ll use the example of an Atlanta car accident case to describe the process. Let’s say someone hit you with their car, you were seriously injured, and now you need legal help. While there are many possible reasons why a car accident claim may result in a lawsuit, there are two reasons that are more common than most.

When Lawsuits Are Necessary, and Why

The most common reason why filing a lawsuit may be necessary is that the statute of limitations is approaching. In Georgia, you only have two years to bring a lawsuit for a car accident, during which time all of the defendants must be served with the lawsuit. There are some very limited exceptions, but that’s the basic cardinal rule.

Steps in a Personal Injury Lawsuit in Georgia

So, how does a personal injury lawsuit work? A lawsuit for a personal injury claim stemming from a car accident is initiated when a lawyer files and serves a legal document called the “complaint.” The person filing the lawsuit is referred to as the “plaintiff,” and people the lawsuit is against are referred to as “defendants.” The complaint alleges, generally, that the defendant did something negligent and that, as a result of their negligence, the plaintiff was injured and suffered damages.

After all parties have responded to the written discovery, depositions will be taken from both the plaintiff and the defendant(s). In a deposition, the opposing party’s attorney has an opportunity to ask questions “on the record” in the presence of a court reporter who transcribes the whole proceeding. This is an important step in how a personal injury lawsuit works.

If a settlement can’t be reached, then the mediator will prepare a report stating that the parties could not come to an agreement and that report will be provided to the court. This part in how a personal injury lawsuit works means that trial will be impending. If settlement cannot be reached, your lawyer will take your case to trial.

After discovery, depositions, and mediation are complete, the court will place the case on a trial calendar. A trial calendar is a list of many cases that may be called within the 2-3 week period of the calendar. They’re usually listed in numbered order so the parties can determine how likely it is that they’ll be called to trial.

Popular culture makes lawsuits seem like simple affairs where someone gets sued and immediately winds up in a courtroom with lawyers giving dramatic speeches, but the reality is that the process is far more structured and time-consuming. Knowing how a personal injury lawsuit works helps the process go smoother. The decision to file a lawsuit is a serious one that requires a lot of consideration about what is best for the client.

At Scholle Law, we have extensive experience helping clients all the way from the day of their accident through a jury verdict. If you need legal help because you were injured in a car accident or suffered some other personal injury due to someone else’s negligence, we want to talk to you and discuss your rights. There are many types of damages you may be able to receive.