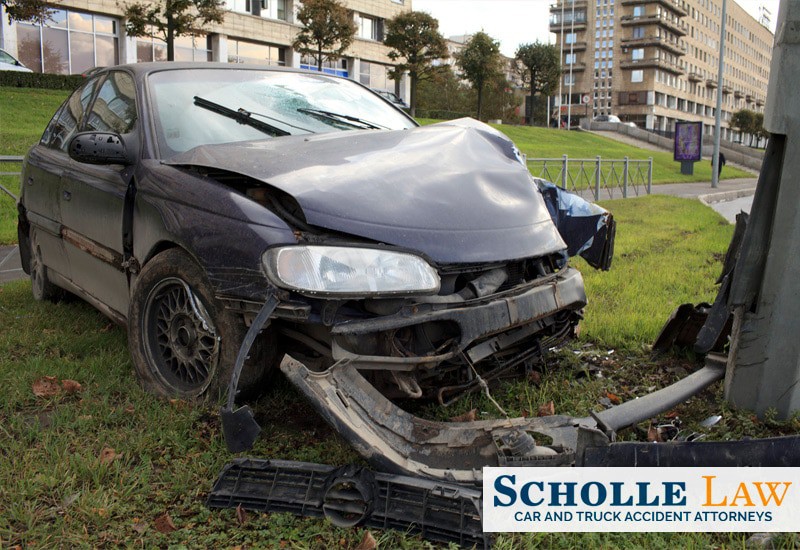 When auto accidents happen between two or more vehicles in Georgia everyone generally understands the process following the fact. Injured parties typically file claims with the insurance company of the driver who is at fault. Sometimes this is an obvious determination, and sometimes it is not so clear who is actually liable for causing the accident.

But what happens when you are in an accident involving only your vehicle?

General understanding is that there is no negligent party to file against for damages in a crash involving just one car, truck or motorcycle. Common culprits of single-vehicle accidents include:

In many of these situations, fault for the accident falls strictly on the driver who crashed — or no one at all.

However, while this is the case in many instances, there could also be parties who may be liable. An experienced Georgia car accident attorney can craft a solid case for damages using verifiable evidence. Because of this potential vicarious liability, it is always important to contact an accident attorney after any highway incident when any of the following conditions could apply.

Who can be held liable for single-vehicle accidents?

Truckers and drivers with unsecured loads

Many drivers are forced off of the highway in order to avoid falling objects from embankments or other vehicles, such as a tractor-trailer with a flatbed. Many flatbed loads are not properly secured during loading, and a thorough investigation into the case could reveal the actual shipment contractor was at fault.

Shipping companies could also be liable when the parties or fleeing driver can be identified by a victim or a witness. This can be a long shot, but liability could still exist in the right situation. The problem is that the driver of the vehicle from which an object fell will typically not stop, which is considered leaving the scene of an accident.

Roads, highways and interstates across the state of Georgia are commonly in disrepair, and avoiding certain damage can cause a driver to veer off the road or hit a barrier. Many single-car accident victims do not realize that a local or state government agency could be held liable for their accident. An experienced accident attorney can complete an in-depth investigation into the case for any evidence that could prove responsibility.

Potholes in the road are a prime example of when a government agency could be liable for certain accidents, but even a hole in the highway will need documenting in some form. Along with evaluating the accident scene, your accident attorney can officially request any repair records associated with the damaged road.

Some accidents are caused by malfunctioning automotive parts such as deployed air bag inflation devices that initiate with no contact while a vehicle is in motion. (This is a problem that could very well see an increase in the near future because many vehicle models have been equipped with the problematic Takata air bags for the past two decades.) Braking and steering assemblies have also been proven as faulty in many cases as well as defective axles.

In such cases, the manufacturer of the defective auto part can be held liable for damages and injuries in a car crash, if it can be proven that the defect caused the single-vehicle accident.

While pedestrians are a special class of highway occupant, individuals on bicycles and other forms of non-motorized vehicles can also create problems on the road or when navigating a crosswalk. It’s important for all who are on foot or using non-registered vehicles to follow all rules and regulations associated with pedestrian traffic. Those who put others in peril by non-compliance with road requirements could be held liable in certain situations.

Reckless drivers are abundant on the highways, and they often can cause accidents for other motorists without making contact. Driving at excessive speeds is dangerous, and it is so pervasive that driving the speed limit can actually make other motorists vulnerable to a collision.

In addition, swerving in and out of traffic can easily result in others veering to avoid contact with the reckless driver just to collide with another driver. The culprit is not always one of the entangled vehicles. In Georgia, reckless drivers can still be held liable when they are identified by a license photo or vehicle description from an eye witness.

While most Georgia drivers have the advantage of full insurance coverage on their personal vehicle, there are many who are unaware of what to do in a single-car accident. It’s a good decision to consult with an experienced Duluth, GA car accident attorney after your single-car crash. We can conduct an investigation into the possibility of pursuing financial damages, even though no other vehicle was damaged.