How Are Georgia Tractor Trailer Wrecks Different From Other Auto Accidents? 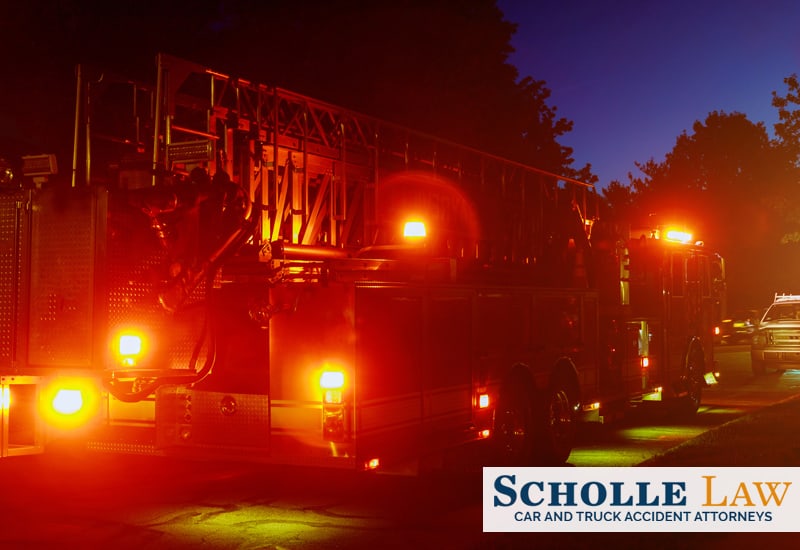 Truck accidents are more complex in terms of injury severity, as well as the likelihood of disputes during the claims and litigation process

While it may seem as though all motor vehicle accidents should be handled in largely the same way, there can actually be some substantial differences depending on the types of vehicles involved. The main ways a tractor-trailer wreck and a car wreck differ in Georgia are in severity and in the claims/litigation process.

Understanding these differences can be vital to protecting your rights following an accident.

A vast majority of Georgia auto accidents are what you typically think of when you hear the term “car accident”—when a car, SUV, van or pickup truck owned by a person hits another vehicle owned by some other person. The parties exchange insurance information, the at-fault driver gets a ticket and everyone goes on their not-so-merry way. The at-fault driver’s insurance carrier (the liability carrier) will typically arrange to have the other party’s vehicle repaired and, eventually, everyone gets back to life as normal.

There are far more fender benders in parking lots than there are accidents which require emergency medical services.

The claims and litigation process for many car accidents is fairly straightforward. Each insurance carrier talks to their own insured about the accident, reviews the police report and then makes a decision about who is at fault. Most often, the insurance carriers agree because the investigating police officer normally writes a citation to the driver who caused the accident.

Once the insurance carrier for the responsible driver has “accepted fault” for the accident, they will then pay for the damages caused to the other party’s vehicle. If there are injuries to the other party, the adjuster will ask that they either submit their medical billing and records directly to them or sign a HIPAA release which allows the adjuster to obtain the records directly. After the injured party has finished with their medical treatment, the adjuster for the liability carrier will make an offer to settle the case based on the total of the medical billing.

For various reasons, we strongly recommend consulting an attorney during the claims and litigation process if you’ve been injured, even for seemingly straightforward car accident cases. Often, the HIPAA release that an adjuster will ask an injured party to sign may include permission for the adjuster to obtain medical records completely unrelated to the actual accident.

What many people don’t realize is that the adjuster could use that release to obtain prior medical records, which cast a negative light on the injured party’s claim.

Additionally, accident victims can easily get taken in by a low offer and not realize that they should be getting compensated far in excess of what the insurance company has offered. More than anything else, it’s a stressful, complicated and painful situation on top of a person’s already hectic and stressful life. An attorney can simplify much of this process and let you focus on your recovery.

Truck wrecks have their own set of unique issues.

This vast weight disparity is part of the reason why large commercial motor vehicles are required to carry very high liability insurance limits—usually $750,000 or $1,000,000 depending on the vehicle, it’s operating range (whether intrastate or interstate) and what it’s transporting. The difference in liability insurance requirements is a direct reflection of the substantial danger posed by these vehicles to other drivers.

Licensing requirements for commercial motor vehicle operators are also far more stringent and it’s far easier to lose a commercial driver’s license than it is to lose a regular driver’s license. Commercial motor vehicle operators are subject to numerous restrictions on their driving activities, such as being required to rest or sleep for a certain number of hours per day and a lower legal blood alcohol limit (.04 instead of .08).

In addition, there are many documentation requirements placed on commercial drivers and the companies they work for. Truckers are required to fill out daily logs, inspections checklists and other various reports; trucking companies are required to keep those documents for set periods of time in case of an audit or claim. Further, many companies keep GPS and other electronic monitoring information from their trucks. Many trucks also have onboard camera systems so that wrecks or other incidents will be recorded.

Commercial drivers involved in wrecks usually have extremely specific instructions and training from their employer to call a loss specialist immediately and make no admissions whatsoever. The loss specialist will often show up at the scene of the accident and insert themselves into the process, not only taking photos of the vehicles involved but trying to get statements from other drivers to protect their company’s interests. This can complicate the claims process immensely, especially if they get a statement from a driver made at the scene and use it out of context in order to avoid paying on a claim.

Notwithstanding those issues, the insurance carrier is often an out-of-state company that uses layers of third-party claims administrators and independent adjusters in their claims process. So figuring out who to speak with about the accident can be a daunting process in itself.

If a lawsuit is filed in the truck accident case, the same difficulty is largely true. Not only can a cause of action be pursued against the commercial driver for their negligence in causing the accident, but causes of action can often be pursued against the company and the insurance carrier as well. The carrier and company will generally fight the suit aggressively and try to prevent claimants from requesting documents or data which would support their claim.

It takes an experienced attorney to know what documents, information and evidence are kept or maintained by these companies, as well as how to request that information and what legal basis they have to obtain that evidence over the company’s objections. For example, if an attorney or claimant doesn’t put the company on notice to preserve certain evidence, the company may destroy the evidence before they get to the lawsuit.

Beyond the technicalities of trucking documentation, the company may also actively fight against the injured party’s claim by hiring experts and requesting independent medical evaluations (IMEs) in an attempt to undermine the damages suffered by the injured party. The company may request medical records from every single doctor the injured party has ever seen in the hope of finding a prior injury or complaint of pain that will make it seem as though their commercial driver didn’t actually cause the injuries at issue.

Most trucking companies will aggressively fight to make sure that they pay as little as possible on a claim. And because the accidents in which their trucks are involved are usually serious, it can often be millions of dollars at stake.

When to contact an experienced Atlanta truck accident lawyer

It takes a substantial degree of skill, experience and knowledge to deal with high-value, complex actions against trucking companies. From putting the company and driver on notice as soon as possible, to preserving certain evidence, to navigating the claims process through multiple insurance carriers and third-party claims administrators to handling extremely aggressive litigation, the rights of an injured party can easily be compromised if a claim is not handled properly.

At Scholle Law, we’ve dealt with everything from simple and minor auto accidents to multi-million-dollar truck wreck claims resulting from catastrophic injuries caused by commercial motor vehicles and their drivers. We’ve had both easy cases that resolve amicably for everyone involved and complex cases that are fought over the course of years because a carrier chooses to fight at every point to avoid fully compensating an injured party for their injuries.

If you are experiencing pain or have suffered an injury as a result of an accident, we recommend that you retain an experienced attorney near you who can help make sure that you receive full compensation— no matter what type of accident you’ve been involved in.

If you’ve been in an accident, whether recent or not, contact Scholle Law. We would love the opportunity to talk to you and see how we can help make sure that you’re fairly compensated for your injuries and the harm that an accident caused on your life.